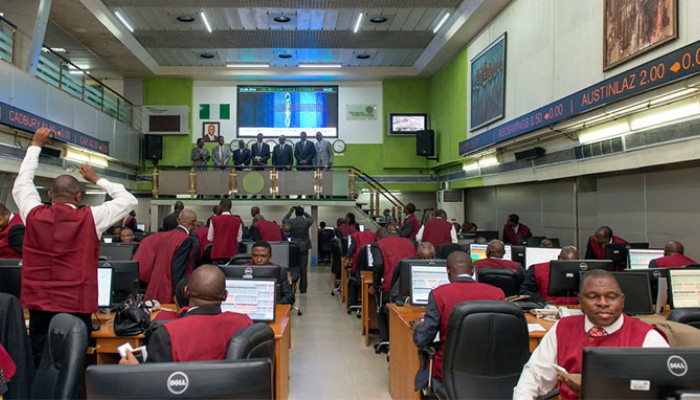 Shareholders in the nation’s capital market have urged the Federal government to address all constraints impeding the growth of the market to achieve sustainable recovery by 2020. The constraints range from inconsistent macro-economic policy and regulatory environments, lack of transparency in economic management and multiple taxation, among others.

They said government should develop more focused strategies that will economically empower indigenous firms and multinationals and ultimately stimulate their interests in investments. In a separate interview with The Guardian, the shareholders expressed worry over the huge loss of investment they have suffered in the last few years.

According to them, government must tackle all these hindrances to provide an enabling environment, attract more retail participation and increase market confidence. The Managing Director of Standard Shareholders Association, Godwin Anono, said government must be committed to creating an enabling environment for long term growth of the capital market.

“Government must show concern on certain fiscal and legal policy constraints to operations in the market and ensure that it addresses these concerns decisively,” he said. Anono noted that this would enable the exchange to become more attractive to investors seeking higher returns, safety and liquidity for their portfolios.

The President of Constant Shareholders Association, Mallam Shehu Makail, harped on the need for some taxes on capital market activities to be reduced or removed completely.“We have in the past advocated for a downward review of withholding tax and the abolition of certain other taxes on capital market transactions in the believe that a tax revenue foregone through lowered tax rates would lead to more savings.

“Not only increase in savings, it would also lead to higher employment and growth in GDP, resulting ultimately in the expansion of the national tax base,” he said.He added that reduction of some taxes on capital market activities and the abolition of others would enhance investment in the country.

It is worthy of note that Nigerian capital market stakeholders had accused the government of handling issues of the capital market with levity. They noted that without a vibrant capital market, long-term capital formation critically required for the creation of domestic wealth and generation of productive employment would continue to elude the nation.

They also urged the government to replicate reforms done in other sectors of the economy in the capital market to facilitate market growth.With more of the listed companies currently hitting 10 year lows, analysts have linked the downturn to weak economy, delayed economic agenda and uncoordinated fiscal and monetary polices that had kept many foreign and domestic investors on the sideline.

Of further concern is the likelihood that the current weak market performance could linger, amid persistent low liquidity, as there is currently no clear economic plan by the politicians on how to revitalise the economy. The Nigerian equity market recorded improved performance in 2017, with a year-to-date increase of N4.5 trillion in market capitalisation from the N9.158 trillion it opened with on January 3, 2017 to N13.519 trillion on December 28.

The All-Share Index rose by 45 per cent during the year under review from 26,616.89 to 37,990.74, thus emerging the third best performing exchange in the world.CNN rated the NSE among the top three worldwide. By this assessment, the market is ahead of Argentina, Turkey and Hong Kong.

The Nigerian Stock Exchange (NSE) Index in 2017 soared on seeming improvements in economic fundamentals that helped the exit from recession on the CBN’s exchange policy and intervention that attracted inflows after the market had witnessed declines for three consecutive years.

The recently released quarterly corporate earnings of listed companies as of September 30, 2019, confirm Nigeria’s mixed macro-economic situation, revealing the slow growth, with the Q2 GDP figure rising by just 1.94 per cent as shown in the 2019Q2 data published by the National Bureau of Statistics (NBS).

The analysts argued that the continued decline of the NSE’s benchmark index and the weak corporate earnings of listed companies released so far showed that the Nigerian economy is in dire need of an urgent stimulus that would revive the economy and bolster the capital market.

The Chief Research Officer, Investdata Consulting Limited, Ambrose Omodion, said the persistent uncertainties and lack of economic direction have continued to dampen investors’ confidence. He noted that the development has sparked massive dumping and induced sell pressure on the equity sector in the last few years.

“Technically the current market and economic scenario are not different from what they were in 2016. The difference, however, is that we are not in a recession, as the gross domestic product (GDP) remain positive on a slower growth, even as corporate earnings are not as bad as they were between 2015 and 2016, when the Central Bank of Nigeria (CBN) intervened early in 2017 by way of foreign exchange policy reforms that brought relative stability to the nation’s currency, while triggering inflows that supported the 2017 recovery.

“The current equity prices are almost at the same level as 2016. The market has suffered losses since early 2018, owing to reasons ranging from uncertainties arising from the 2019 general elections to the weak economy, the prevailing low liquidity and confidence levels.

Market capitalisation down by further N114billion