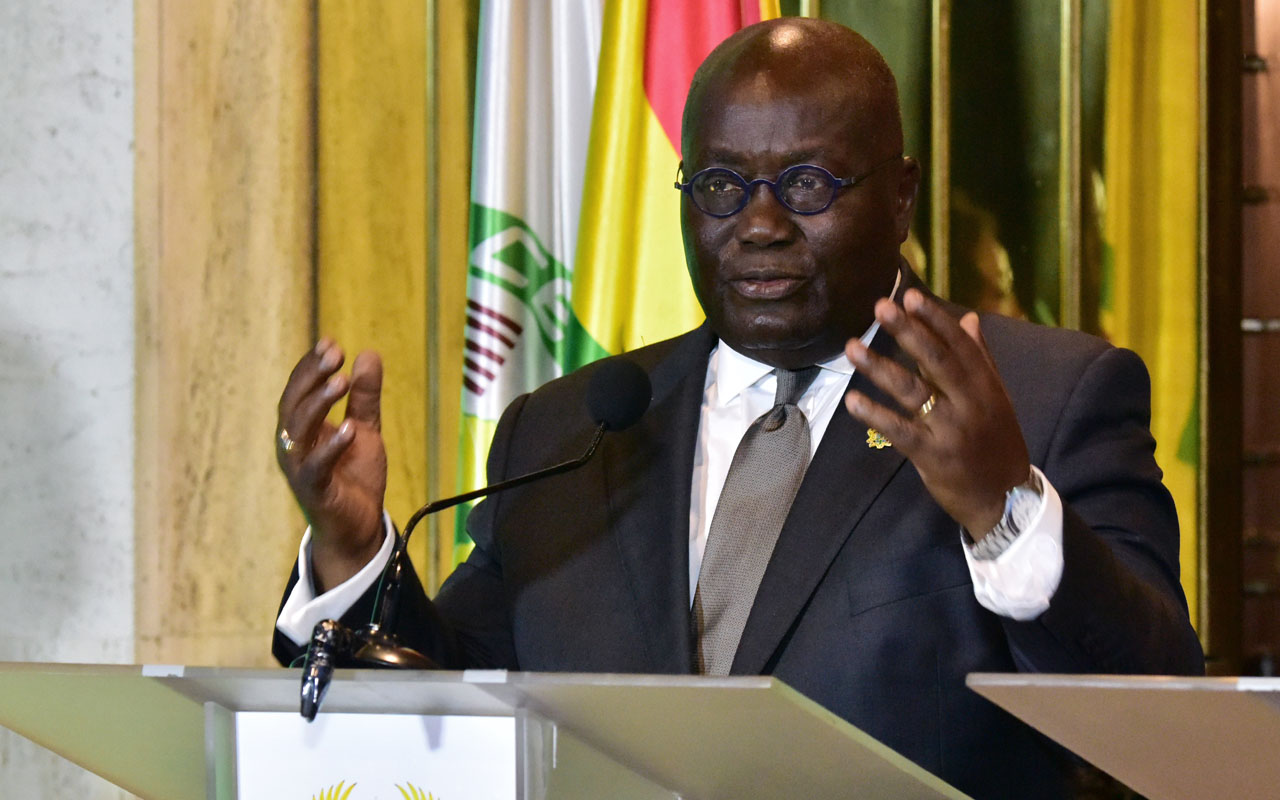 Seeks ties with Nigeria, others

GHANA is moving fast at scaling up its cocoa value chain and President Nana Addo Dankwa Akufo-Addo Tuesday presented what he described as ‘Ghana Chocolate’ to more than 2000 delegates at the African Investment Forum (AIF) holding in South Africa’s city centre in Johannesburg.
He said that other African producers of cocoa, especially Nigeria and ivory Coast, could enjoy cocoa boom and enhanced value chain.

In the last three days, proud President Akufo-Addo has been all over the Sandton City Convention Center venue of the African Development Bank (AfDB)-organised conference clinching big-ticket infrastructure financing deals from global investors.

The Tuesday cocoa value chain financing transaction was the country’s third in its lion’s share of the $67billion worth of transactions for Africa in the coming year.

“Ghana is bankable, cocoa is bankable and of course Africa is bankable,” AfDB’s President, Akinwumi Adesina, told a crowd of participants and journalists shortly after the signing of the agreement by the Ghana Cocoa Board, the AfDB, Credit Suisse AG, and the Industrial and Commercial Bank of China Limited.

The signed deal will kick-start the processing of a $600 million syndicated receivables-backed term loan to boost cocoa productivity in Ghana – the world’s second-largest cocoa producer.

The multi-million dollar agreement followed Monday’s agreement for the construction of a $2.5billion intra-city sky train rail in Accra.
The AIF, as an AfDB-instituted transactional platform for transforming Africa’s investment and development agenda, began in Sandton City Johannesburg on Monday.

The COCOBOD transaction was launched at the Africa Investment Forum in 2018, and a year later, the signing is a demonstration of the Forum’s ability to raise much-needed financing, including from international commercial financiers, for projects in Africa. Prior to the agreement, COCOBOD did not have access to long-term debt capital.

President Akufo-Addo said the agreement would help to ensure higher incomes for Ghana’s cocoa farmers and expressed readiness to liaise with other regional producers. He regretted that closest neighbour Nigeria as a major stakeholder, did not have a cocoa board to fit into Ghana’s vision for expanding the community’s value chain reinvigoration.

“It was critical that we find a mechanism for scaling up the value chain for our farmers and that is where the Bank came in,” Akufo Addo said. “We see this agreement as a turning point and…to what is possible on this continent.”

The Industrial and Commercial Bank of China Limited London Branch joined as an Original Commercial Lender, Co-Mandated Lead Arranger and Joint Commercial Underwriter and Bookrunner ahead of syndication.

The Guardian learnt that syndication of the facility is underway.

“Making sure that Africa gets to the top of the value chain is one of the African Development’s Bank’s top priorities, President Adesina said, just he added that Africa could become a global hub for cocoa and cocoa-based products.

“All cocoa-producing countries will get similar support (from the Bank). Ghana is bankable, cocoa is bankable and of course Africa is bankable,” Adesina said.

“This is a positive contribution to a key sector of Ghana’s economy. “It is a moment of tremendous pride…This is what the Africa Investment Forum is all about,” Patki said. He also commended the Bank’s signature expertise in financial instruments, that enabled them to leverage financing for the deal.

The Africa Investment Forum, an initiative of the African Development Bank is an innovative, multi-stakeholder transactional marketplace, dedicated to raising capital, advancing projects to the bankable stage, and accelerating financial closure of deals.

Ghana’s cocoa sector employs some 800,000 rural families and produces crops worth about $2 billion in foreign exchange annually. COCOBOD is a fully state-owned company solely responsible for Ghana’s cocoa industry, controlling the purchase, marketing and export of all cocoa beans produced in the country.

Market capitalisation down by further N114billion