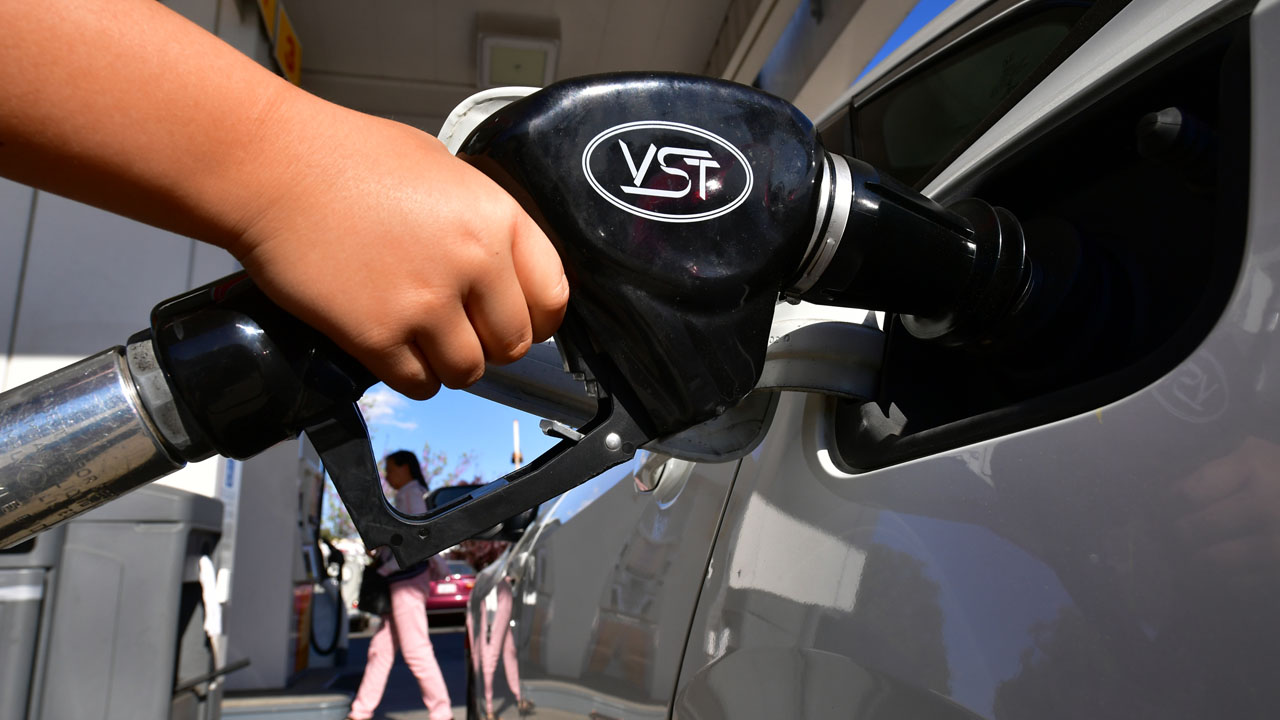 Oil prices saw a record surge Monday after attacks on two Saudi facilities slashed output in the world's top exporter by half, fuelling fresh geopolitical fears as Donald Trump blamed Iran and raised the possibility of a military strike on the country.

Brent futures surged $12 in the first few minutes of business -- the most in dollar terms since they were launched in 1988 and representing a jump of nearly 20 percent -- while WTI jumped more than $8, or 15 percent.

Both contracts pared the gains as the day wore on but were still up nearly 10 percent.

The attack -- claimed by Tehran-backed Huthi rebels in neighbouring Yemen, where a Saudi-led coalition is bogged down in a five-year war -- hit two sites owned by state-run giant Aramco and effectively shut down six percent of the global oil supply.

Trump said Sunday the US was "locked and loaded" to respond to the attack, but was in talks with Riyadh.

And Secretary of State Mike Pompeo said: "The United States will work with our partners and allies to ensure that energy markets remain well supplied and Iran is held accountable for its aggression."

Tehran denies the accusations but the news revived fears of a conflict in the tinderbox Middle East after a series of attacks on oil tankers earlier this year that were also blamed on Iran.

But The New York Times reported that US officials had satellite images showing the attacks -- possibly with drones and cruise missiles -- had come from the north or northwest. That indicated they were sourced in the northern Persian Gulf, Iran or Iraq, rather than Yemen.

China on Monday called for the US and Iran to "exercise restraint".

"Tensions in the Middle East are rising quickly, meaning this story will continue to reverberate this week even after the knee-jerk panic in oil markets this morning," said Jeffrey Halley, senior market analyst at OANDA.

Trump authorised the release of US supplies from its Strategic Petroleum Reserve, while Aramco said more than half of the five million barrels of production lost will be restored by tomorrow.

But the strikes raise concerns about the security of supplies from Saudi Arabia and elsewhere.

"The implications of these attacks are far-reaching and lasting, going well beyond the immediate disruption to albeit a very large portion of global output," said Neil Wilson, chief market analyst at Markets.com.

"It is a material escalation in the risks to supply and, in short, traders now worry that Saudi Arabian oil production can be swiftly and easily knocked out."

Energy firms surge
Oil prices had dropped last week after news that Trump had fired his anti-Iran hawkish national security adviser John Bolton, which was seen as paving the way for an easing of tensions in the region.

"One thing we can say with confidence is that if part of the reason for last week's fall in oil and improvement in geopolitical risk sentiment was the news of John Bolton's sacking... and thought this was a precursor to some form of rapprochement between Trump and Iran, then it is no longer valid," said Ray Attrill at National Australia Bank.

The surge in crude lit a fire under energy firms, with Hong Kong-listed CNOOC up 7.4 percent and PetroChina 4.3 percent higher. Woodside Petroleum rallied more than four percent in Sydney.

Asian stock markets were mostly down after last week's rally that was fuelled by China-US trade hopes, while investors are awaiting a key Federal Reserve policy meeting hoping for another cut in interest rates.

Hong Kong sank 0.8 percent after fresh violent protests struck the city at the weekend, while Singapore shed 0.1 percent and Jakarta sank two percent. There were also losses in Mumbai and Wellington. Tokyo was closed for a holiday.

On foreign exchanges, higher-yielding currencies dropped as traders shifted to safe-haven units such as the yen and dollar, while gold -- a go-to asset in times of uncertainty -- rose more than one percent.

The pound held around seven-week highs owing to easing fears of a no-deal Brexit, with eyes on a meeting between Prime Minister Boris Johnson and European Commission chief Jean-Claude Juncker later in the day.