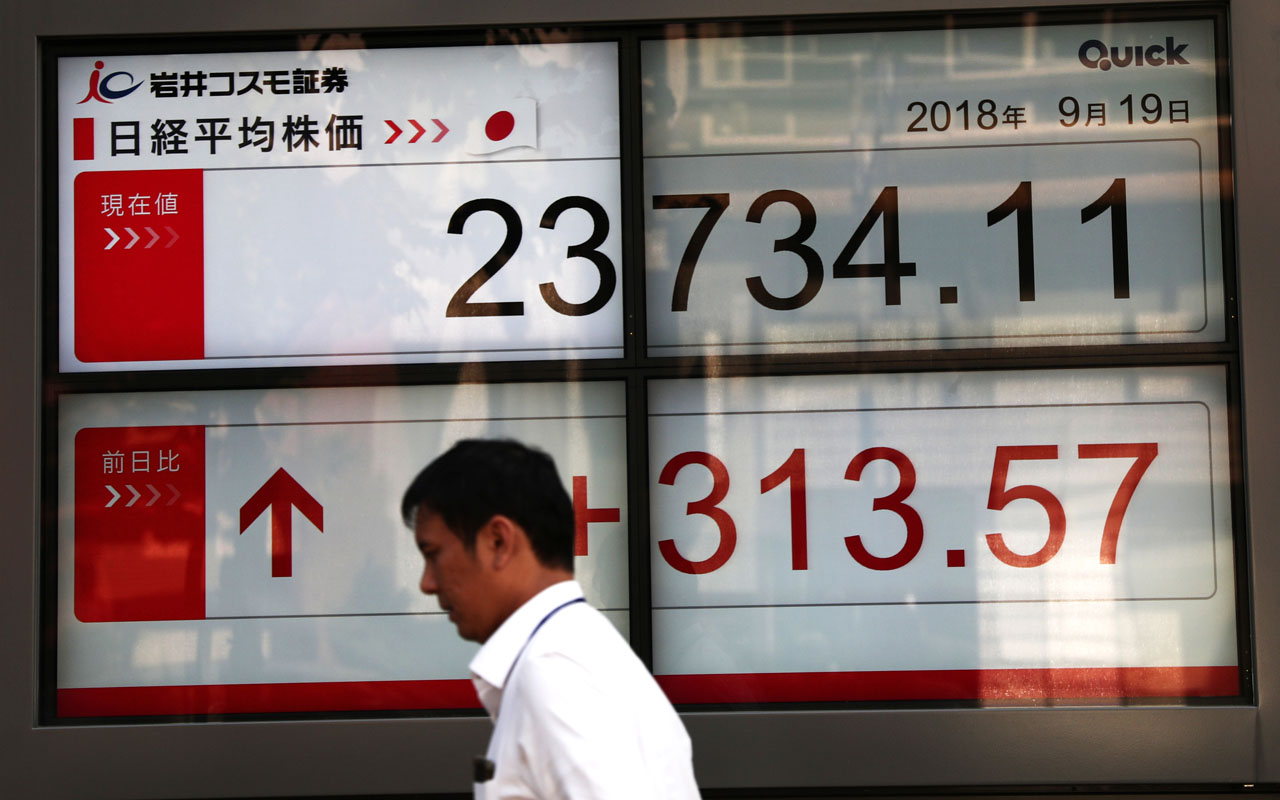 Tokyo shares jumped Thursday as investors cheered the news that China and the United States will resume trade talks, as well as easing worries over Brexit and the crisis in Hong Kong.

The Tokyo market soared mid-morning after Beijing announced that China-US trade talks will resume in early October in Washington.

The announcement came after the two sides slapped new punitive tariffs on each other, escalating the trade war that has continued for a year.

The Tokyo market also welcomed the British parliament’s rejection of a motion to hold a general election, as Prime Minister Boris Johnson pushes for a swift Brexit with or without a deal with the EU.

Investors were also encouraged by the Hong Kong government’s decision to agree to a key demand of protesters after months of tense demonstrations.

“Investors had also been worried about the prospect that the United States and China would not talk in September but the news on October talks came in,” Kagawa said.

“It drove off excessive pessimism. It’s typical of markets — they turn their coat often,” he said.

Safe-haven buying of the yen also receded, with the dollar trading at 106.44 yen against 106.41 yen in New York on Wednesday — compared with 106.18 yen in Tokyo on Wednesday.

Shares of railway operator Keikyu Corp. dropped 0.15 percent to 1,937 after its train collided with a truck at a crossing just out of Tokyo, killing one person while around 30 people were injured.

'Why subsidy in power sector is unsustainable'