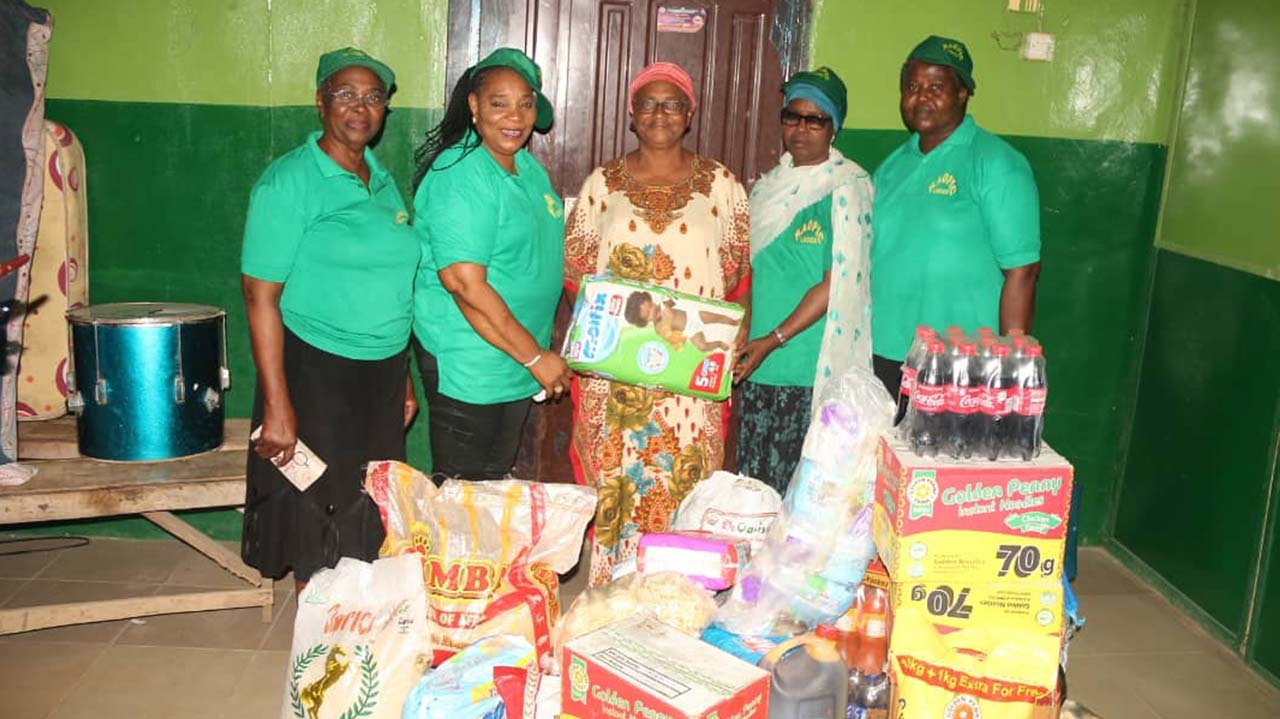 Govt should come to our aid, foundation cries
The Resident Association of Ogun Properties Investment Corporation, Agbara Ladies (RAOPIC Ladies) has rallied support for the Lady Atinuke Oyindamola Memorial Home from government and well-meaning Nigerians. The group, which lamented the bad condition of the home for children with special needs, called for immediate intervention.

President of the group, Mrs. Kuti Serifat Olubunmi, stated this during a humanitarian visit by members to donate goods worth hundred of thousands of naira to the orphanage to mark Nigeria’s 59th independence anniversary.

She said: “The orphanage is one in a million. The condition and standard of living in that place calls for immediate assistance from government, individuals and corporate organizations. They need a lot of things. We have come to do our bit; others need to follow the same footsteps. There is no need to amass wealth to the fourth generation when we can help our neighbours and less privileged around us. The home needs a conducive atmosphere for children, especially children with special needs.”

Founder of the orphanage, Mrs. Elsie Akerele, urged the state government to come to the aid of the home to avert more death among the kids, adding that about eight children died in the foundation last year due to congestion.

“I want parents to know the signs so that early intervention could be taken to improve the lives of the children. If you know the signs, you can quickly go for early therapy that would correct it. Many of the children were not like this when they were brought here but because of the therapies and rehabilitation, they have improved. Many are in school; many can now talk, even though they were not talking before.

“When a child is born and it doesn’t give the first sharp cry, them something is wrong. It could be lack of oxygen in the brain, which is very common. This might be as a result of poisoning, some parents might want to abort the pregnancy but it wasn’t possible. It could affect the child. Also, the case of prolong labour could be a factor, where the child could have been distressed before delivery. Another sign is if after two-three months, the neck of the child is not stable.

“If there is no early intervention, the child would become stiff and immobility will set in and because many parents don’t know they have to pursue it in the hospital, they are waiting for miracles, they go and stay in churches while the time is going and chances of recovery slimmer.”

“We are grateful to RAOPIC. Last year, they gave us cerebral palsy chairs; this has helped in correcting many of our children. Many of them can now sit, because they have gone through the support of these chairs. They are corrective chairs. This is the third year that they have been coming.”

How I found out music was not my destiny – Asahn Guyton

Alaafin: There is traditional cure for COVID-19