Kill the black one first 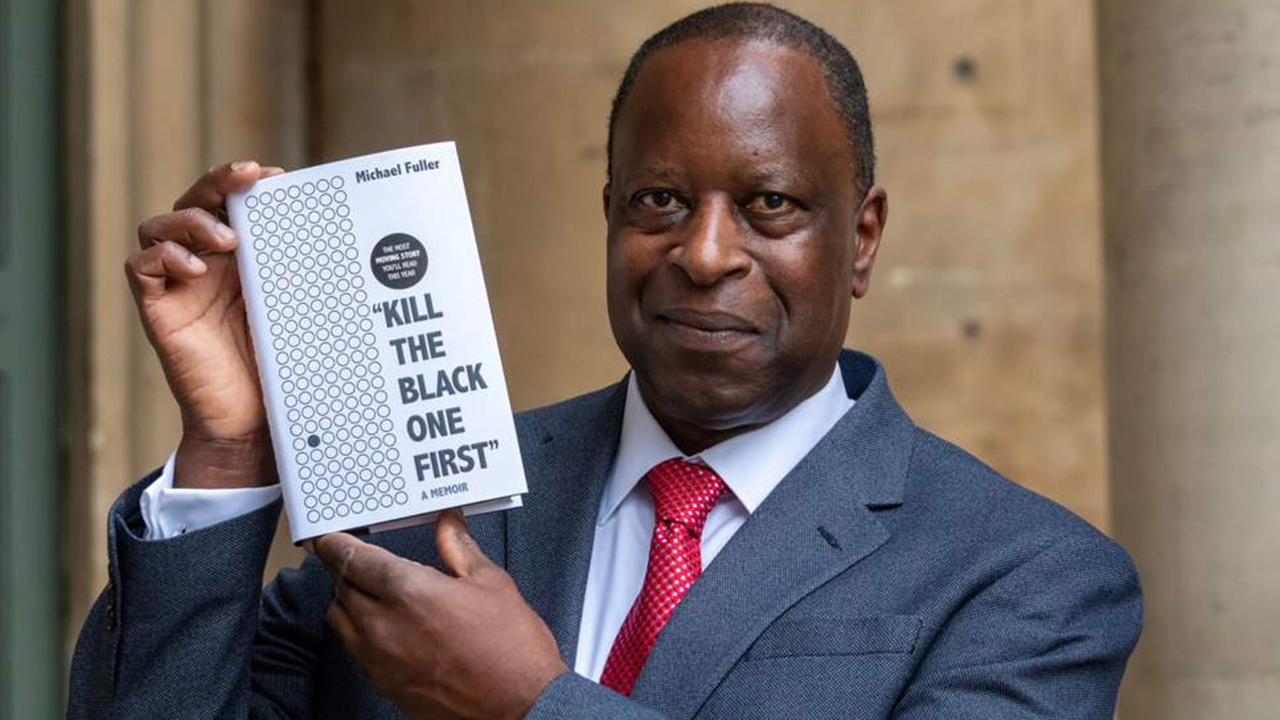 In the closing pages of his instructive biography, “Kill The Black One First”, Michael Fuller, 60, is asked by an archivist:

“May I ask what you have done with your life?”

“At 16 I became a police cadet” said Fuller, “at 45 I was chief constable of Kent. I’ve got a degree, two masters, three further postgraduate qualifications and three honorary doctorates. By the time I left the police force, I was qualified as a barrister and then I became Her Majesty’s Chief Inspector of the Crown Prosecution Service”.

The summary of his achievements above is found in the closing pages of his biography “Kill The Black One First”, an appropriately charged title for one man’s revealing account of personal triumph and experience of policing history and race relations.

Born in 1959 to Jamaican parents from the UK’s “wind rush generation”, Fuller rose, in 2010, to become Britain’s first ever chief black constable, the highest rank in the force outside London city.

The young Michael was raised in a care home after his parents separated and his mother returned to Jamaica, unable to support herself in London. He continued to have a relationship with his father that warmed and strengthened over time but was at first, and often, a source of confusion.

Fuller attributes much of his character to “Auntie Margaret”, the young, British woman who ran “Fairmile Hatch” as the care home in Crawley, a town in south-west England, was called. She encouraged his childhood fascination with police work but when she passed after a cancer diagnosis at 32 – just before she could see him begin life as a police cadet – the young Michael was devastated.

The adult Michael may attribute much of his moral constitution to “Auntie Margaret” but it would seem even she was in awe of the young Michael who, as a preteen, made unaccompanied annual trips from England to France, to holiday with a pen friend. For this reason, while other students were given academic subjects to work on, the young Michael was made to give a talk to his class on “self-reliance”, a quality that was to serve him for life.

The young Michael’s self-belief would seem to be operated by an internal mechanism that could be the combination of any number of factors that may include early separation of parents and the feelings of rejection it instils, acclimatizing to new people and cultures, his ease with academic pursuits, the racism he’s endured, the genuine love shown by his white care-giver and his allegiance to his black community – as far as he had one.

In another individual, this same set of factors could deplete self-esteem and induce resentment that could overwhelmed and eventually crush. So what is it about “Michael Fuller” that has ensured a laudable career and loving family? The answer is often clear but not always conclusive.

Certain policy measures introduced by Fuller, at different points in his career, has brought results that may not be reflected in the recent swell of killings of young black men in the UK.

“Perhaps it took a black officer to see what was necessary and do it” said Fuller upon realising that the many murders were often poorly investigated, on the assumption that they were all criminals but “from now on we would go into black communities ask questions, find witnesses, pinpoint killers and carry out the armed raids necessary to arrest them”.

Fuller’s other policing successes include the installation of CCTV in interrogation rooms which speedily reduced the number of complaints for unfair or brutal treatment brought against the police; he proposed the “Racial and Violent Crime Taskforce”; he effected a Burglary Control Program; and he was the first chair of the “Black and Asian Police Officers Association”. How much of these could have been achieved, with any success, if there weren’t black officers advocating and executing these measures?

Two different but related events bring emotional catharsis and symbolise triumph as much for Fuller, as for the reader.

His father, his friends and family were nervous of the young Michael’s resolve to join the force. But his father attended his graduation in the mid-70s and in Fuller’s own words: “there is an old video of him almost bursting with pride and wearing an ear-to-ear smile”.

During a march by the National Black Police Association in a city called Bristol that was also a memorial for the black officers who died on duty, huge numbers of black people turned up to honour the entire contingent which Fuller recounts with pride and some vindication: “I had spent years trying to involve the black communities in our work and persuading officers criminality cannot be assumed from skin colour. I had challenged prejudice and aspired to build genuine trust and community confidence wherever I had worked.

As I watched the crowds enthusiastically cheering us, I now felt our contributions was finally being recognised. For the first time in my career I felt kinship and a sense of belonging. It gave me great hope for the future”.