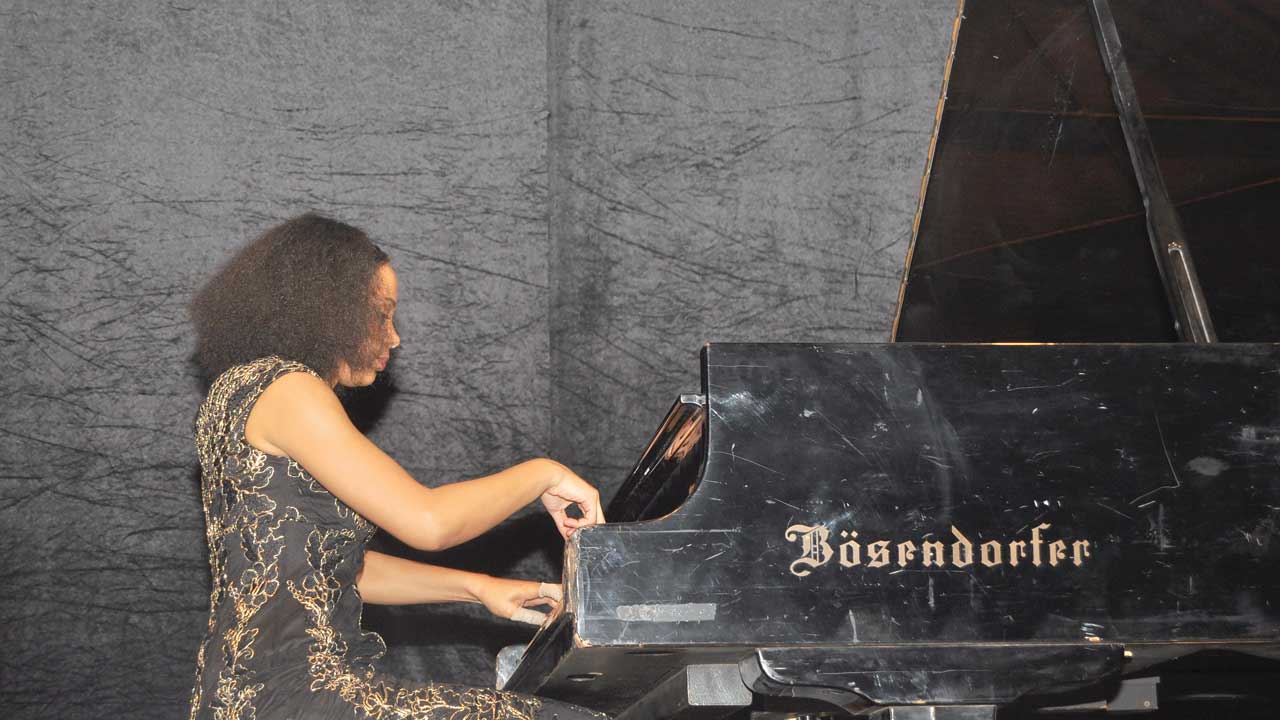 The Lagos music community was recently treated to the best of classical music from Nigerian/Romanian pianist, recitalist and maestro, Ms. Rebeca Omordia.

Held at the Agip Recital Hall of Musical Society of Nigeria (MUSON) Centre, Omordia thrilled guests with her deft and exhilarating performance.

In music, the emergence of a maestro does not occur by chance. It is the result of careful planning. A maestro is produced from a vigorous training programme that starts from childhood, sometimes, as early as three years old. If a child has the attribute of what is loosely described as ‘talent’, and such a child works hard and is placed under the guidance of the appropriate teacher (or teachers), then the student is well along the way of becoming a ‘maestro’.

On becoming a maestro, the person’s fame and acclaim become renowned. Such a status is what Omordia has achieved.

What is the routine of such an adult maestro?
The maestro travels around giving musical concerts to elite audiences. Such has been the case with Omordia, whose curriculum vitae is intimidating, having played in highbrow concert halls across the globe. She recently had musical tour with the British cellist, Julian Lloyd Weber.

Omordia has received scholarships from renowned music schools across the world including, the Trinity College of Music, London.

Two days before Omordia’s Lagos concert, she held a ‘master-class’ with Diploma students of MUSON music programme. A masterclass is a session of instructions between a ‘master’ and ‘student’. The maestro listens to students and proffers suggestions and instructions.

And then came Sunday, March 17, 2019, the day of performance. Slight in build, Omordia, a combination of ‘beauty and brain’, gave a dose of the stuff she was made of.

The concert was delivered in two halves; the first featured the piece Decorations by John Ireland (1879 – 1962). Ireland was an English music teacher who composed many piano miniatures.

Omordia had the notes flowing with the mobile fluidity of water. There was a discourse between the right and left hands. The effect of the music then became restful, as if sedated.

Omordia then went on to play Scherzo no 4, op.54 in E major, and Polonaise Fantaisie op. 61 in A flat major, which are pieces by the Polish composer Frederic Chopin.

Chopin was a virtuoso pianist of the Romantic era who wrote primarily for solo piano. A leading musician of his era, whose poetic genius was without equal, Chopin parades a great number of fiery compositions. The pieces played by Omordia were of a sweeter and more peaceful nature, consisting of many rippling chords, and interlocking arpeggios.

In music, performers habitually play their compositions from ‘memory’. In other words, they practice so hard and so consistently that they are then able to play without reference to the published musical score.

And that is the magic of the achievement of the human brain, whereby Omordia was able to play miles and miles, and landscapes upon landscapes of memorised music, without the accompanying musical sheets.

Omordia then went on to play Mrs. Clara Wieck Schumann’s Scherzo no 2 op. 14. Mrs. Schumann (1819 – 1896) was a German musician and composer, considered one of the most distinguished pianists of the Romantic era.

Schumann had a 61-year concert career and she married the composer Robert Schumann, whose music was also featured at the concert.

Mrs. Schumann’s music is plaintive and sweet, like the music of Felix Mendelsohhn (another German Romantic composer).

Mrs. Schumann’s music has pleasurable harmonies and easy to assimilate melodic passages. The listener seems cleansed and uplifted, and the music introduced several passages or motifs, which were developed, reiterated and re-interpreted. It consists of many fast scale passages, which Omordia was able to execute with her very rapid finger and arm control. The whole rendition seemed like magic, and was a delight to the ear.

The last composer whose music Omordia performed was Robert Schumann. Robert, 1810 -1856, was a German composer, pianist and influential music critic. He was regarded as one of the greatest composers of the Romantic era. A hand injury ended his dream of becoming one of the world’s finest pianists. He then focused his musical energies on composing.”

Omordia played Robert Schumann’s Carnival op. 9, which piece held the audience spell- bound by its sheer wizardry. The music had poetic architecture, and it is impossible for this writer to reproduce this in any measure through his pen.

After the main performance was over the audience asked for ‘encores’, which translates to mean repeats (more). Upon this request, Omordia performed a piece composed by the Nigerian composer, Ayo Bankole, of blessed memory.