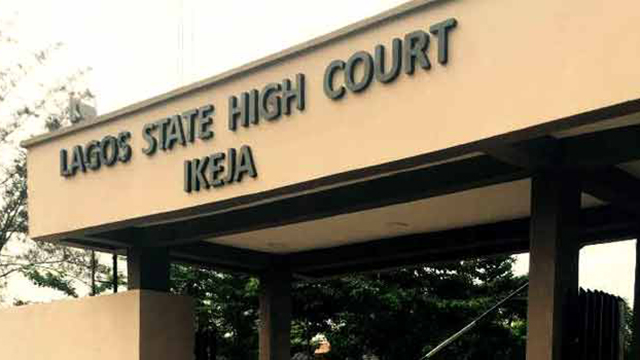 The News Agency of Nigeria (NAN) reports that Agbaka is part of the team defending Fred Ajudua accused of defrauding Bamaiyi of $8.4 million when the retired general was incarcerated at the Kirikiri Maximum Prisons.

During proceedings on Tuesday which began at 11.00a.m., Agbaka who was holding brief for Mr Olalekan Ojo (SAN), Ajudua’a lead counsel, informed the court that Ojo was unavailable to cross-examine Bamaiyi due to ill-health.

Agbaka also told the court that he was also battling ill-health but would go ahead to cross-examine Bamaiyi on Ojo’s behalf.

At 12.40p.m., Agbaka informed the court that he would like to seek an adjournment of the trial because he had a doctor’s appointment at 1.00pm.

Justice Josephine Oyefeso frowned at the request, saying that defence had deployed tactics to delay the trial of the case which was initially filed in court in 2013.

She doubted Agbaka’s claim, noting that he had vibrantly cross-examined Bamaiyi.

She ruled that the trial would be stood down for 30 minutes till 1.10p.m. to enable him to refresh and conclude the cross-examination.

At 1.10p.m .when the court resumed sitting, Agbaka was absent in court and had given Ajudua a handwritten note which stated that he had to keep his medical appointment.

Oyefeso held that Agbaka acted contemptuous of the court.

She stood down the trial for another 30 minutes to enable the counsel to return to conclude the cross-examination.

At 2.38p.m., when the court resumed sitting, Agbaka was still absent.

Reacting to the development, Mr Seidu Atteh, lead counsel to the Economic and Financial Crimes Commission (EFCC), said that Agbaka’s action was unprofessional.

“What he did amounts to contempt of the court, he just walked away. This is not the standard behaviour expected of a legal practitioner,” the prosecution counsel said.

Addressing the court, Ajudua said: “My lord, I once again apologise for the conduct of Mr Alex Agbaka. He had an appointment with his doctor for 1pm.

“If your lordship is mindful, an adjournment will be the best option for me. My lord if you should insist, I will like to cross-examine PW1 (Bamaiyi). Let us see how far we can go.”

Justice Oyefeso frowned at the frequent delay in the trial which, she said, was at the instance of the defence.

She said: “The defence counsel’s conduct is not setting a good example for the younger ones coming behind. This is a case that has suffered untold delay since 2013, when the information was filed.

“The case was before honourable Justice Ipaye from then till 2016 when it was assigned to me.

”It went through applications challenging jurisdiction, seeking quashing of the charge. Rulings were delivered dismissing the applications.

“The defendant was finally arraigned on May 16, 2017. Trial did not commence until Nov. 26, 2018, when the court took the evidence-in-chief of PW1. Cross-examination finally commenced on Feb. 21.

“It continued on April 3, May 8, and today, May 14 still on PW1. I agree that Mr Agbaka informed the court that he was not feeling well but he went on to continue the cross-examination and no one can believe that there was anything wrong with him.

The judge, however, adjourned the case until June 14 for the continuation of Bamaiyi’s cross-examination.

NAN reports that earlier during the cross-examination, Bamaiyi told the court that he gave Ajudua who is a lawyer, the money because he trusted him to hire on his behalf, the legal services of Chief Afe Babalola (SAN).

“I did not brief Ajudua as a lawyer, he was the one who wanted to assist me. I trusted the defendant, and the way he came over to assist, I thought he was genuine.

“The money was to go through the defendant to Afe Babalola. I heard of Afe Babalola before this case; he is a very famous lawyer; that was why he was recommended to me.

“The money was paid in batches; so many people gave the defendant the money – a total of 25 times.

”The defendant said we should not pay the legal fees in naira, that it will be bulky, and I paid a total of $8.6 million to the defendant.

“There was no way the defendant will show me a written bill from Afe Babalola because the whole transaction was not straight. It was deceitful,” Bamaiyi said.

The retired general told the court that he recorded each of the financial transactions he had with Ajudua in a diary and that his legal fees for his other lawyers was paid by his younger brother, Sen. Danladi Bamaiyi, and Alhaji Adamu Aliero, a former Governor of Kebbi.

NAN reports that according to the prosecution, Ajudua, was incarcerated at the Kirikiri Maximum Prisons over alleged fraud, while Bamaiyi was incarcerated over alleged involvement in the attempted murder of Mr Alex Ibru, the Publisher of the Guardian newspaper when he was allegedly duped by Ajudua.

The prosecution alleged that Ajudua had alongside some accomplices, approached Bamaiyi in the prison in 2004.

The defendant allegedly convinced Bamaiyi that he could hire the legal services of Chief Afe Babalola (SAN) to help to secure his freedom from Kirikiri, with Ajudua allegedly fraudulently receiving $8.4 million as legal fees.

When the alleged fraud came to light, the law chambers of Afe Babalola and Co. issued a disclaimer, disassociating itself from the case.

We will clear bandits in Katsina, North-West — Air Chief