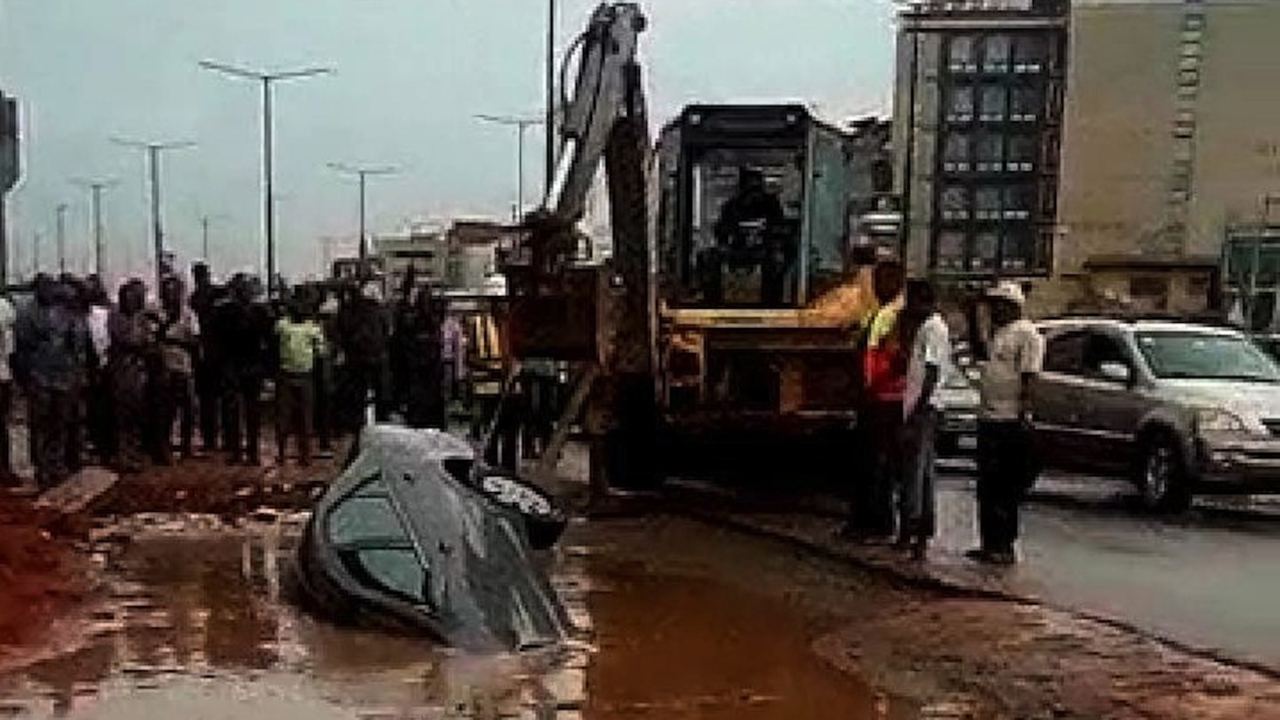 It was a near-death situation yesterday when a Toyota Camry car with registration number, Lagos MUS 753 FP, plunged into an uncovered ditch dug by Hitech construction company, the firm handling the Airport Road rehabilitation and expansion, at about 10:30a.m. during yesterday’s downpour.

The incident occurred near the pedestrian bridge still under construction between 7/8 and Junction bus-stop.

The spot where the car plunged into was covered with flood water collected from the downpour.

Many residents blamed the development on the failure of Hitech to indicate hazardous spots along the uncompleted road projects, especially the uncovered manhole.

It was gathered that there are several manholes dug along the expressway that was commissioned with fanfare by President Muhammadu Buhari late last month, and which the construction firm has not bothered to put up a warning sign warning motorists and commuters from falling in.

Speaking with The Guardian, driver of the car, Solomon Dada, said he was trying to connect to the road linking airport road to Osolo way when his vehicle fell into the more than six feet ditch.

“There was no sign to indicate that there is any hole there and there was nobody to inform me of the danger because it was raining. You know it is difficult to know if there is a hole on the road when driving in the rain because everywhere will be covered by flood.

“People were just watching and taking photograph as the vehicle kept sinks. I was lucky enough to come out alive. I struggled to get out of the car as everyone looked on but didn’t come near before Hitech came to get out the car from the hole with their tractors after minutes of battling to get it out myself. Hitech immediately put a demarcation at the spot after the vehicle was removed,” he said.

The Guardian’s efforts to speak with the officials of the construction company were unsuccessful. Meanwhile, under the Toyota-Airport road flyover bridge, the road has remained flooded despite public outcry.

The construction firm working in the area had few months ago returned to the spot to construct a drainage but left it abandoned and has since remain a flood spot whenever it rains.