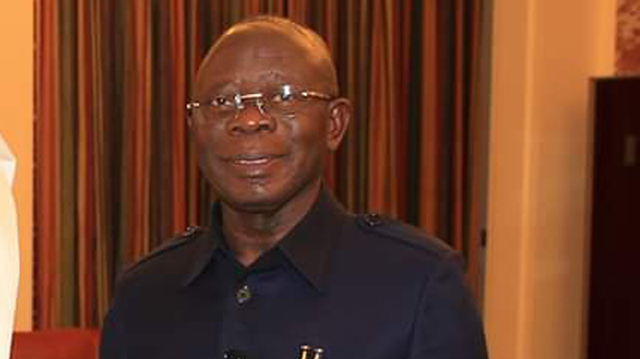 Former governorship aspirant in Zamfara State on the platform of the All Progressives Congress (APC), Mr. Aminu Jaji, has faulted views held in certain quarters that chieftains of the party in the state were at war.

Jaji, while reacting to a media report credited to the party publicity secretary in the state, Shehu Isah, maintained that “no faction exists in the party.”

Isah had, in an interview with the News Agency of Nigeria (NAN), disclosed that Yari and some members of G8 in the state met on Wednesday in Abuja to reconcile party members.

But Jaji told newsmen in Abuja that he attended the meeting in his personal capacity and not as a member of any bloc, adding that the “G8 no longer exists.”

The former House of Representatives member admitted that as part of their resolve to put behind them the crisis that led to the APC losing the state in the 2019 general elections, they agreed to sheathe their swords and find a common ground to reposition the party for greater success.

“It is true that I met with the former governor, Abdulaziz Yari, in his house in Abuja. But I want to clarify that I did not attend the meeting as a member of G8; I went there in my personal capacity as a member of our great party, who is committed to repositioning the party and putting it back on track to reclaim power in the state.

“As far as I am concerned, G8 does not exist again in the party because it has outlived its usefulness,” he said.

Jaji reiterated his commitment to the party.

“I am a bona fide and committed member of the APC. I remain a loyal member of the party and I have accepted to work with other members in the state to reunite our members and move the party to the next level,” he stated.

President Buhari The president said his re-election was a vindication of his voters' confidence and support for him.

Kannywood, which refers to the film industry in northern Nigeria, is believed to be the youngest expression on the list.

Ariana Grande Shares 2020 Grammys Rehearsal Picture with BTS: 'Look Who I Bumped Into'