Deschamps keen to keep geopolitics out of France-Turkey qualifier 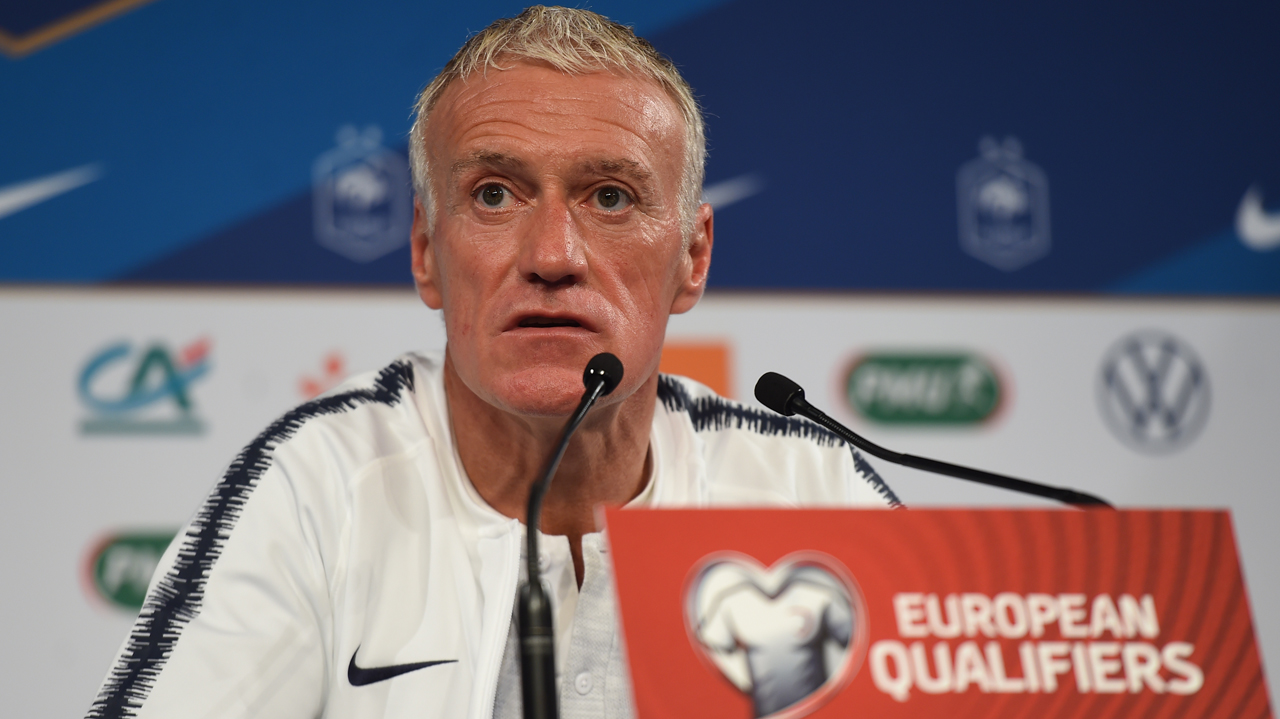 France coach Didier Deschamps hopes to keep the simmering diplomatic tension with Turkey out of Monday’s Euro 2020 qualifier after Ankara launched a widely-condemned military offensive against Kurdish forces in Syria.

World champions France host Turkey in a clash between the top two teams in Group H and will qualify for next year’s finals with a victory in Paris.

The match comes just days after Turkish soldiers began a cross-border assault against Kurdish fighters Turkey sees as terrorists in defiance of international criticism and threats of sanctions.

“The geopolitical problems exist. Will that have consequences? It’s bound to in the context of the match, but we’re not going to think about it,” Deschamps told reporters at the Stade de France on Sunday.

“We’re in a sporting realm, a football match in a football stadium, and we’re going to make sure we stay focused on it.”

Turkey and France are level on 18 points with three games to go in qualifying but the former top the group after their 2-0 defeat of Les Bleus in Konya in June.

“We can’t get those points back. They outclassed us over there but this is another game,” said Deschamps.

France will again be missing the injured Hugo Lloris, Kylian Mbappe and Paul Pogba, and will be hoping Barcelona recruit Antoine Griezmann can rediscover his sharpest form.

Looming large over the game, however, will be security issues and international diplomatic relations as France decried Turkish military interventions in Syria this week and blocked arms sales to them.

“It’s not something that concerns us,” opined France captain Raphael Varane, who said their motivation stems only from the loss in Turkey.

“That wasn’t the real us. We want to show our best. Without taking anything away from the Turks, we didn’t perform the way we wanted in the first match.”

After the match, a photo was also posted on the national team’s official Twitter account with players making a military salute and a caption saying the players “have dedicated their victory to our brave soldiers and fellow martyrs”.

Turkey’s ambassador to France and sports minister are due to attend Monday’s match, with some 3,800 away fans expected in the 78,000 crowd as Senol Gunes’ side look to take a step closer to Euro 2020 qualification.

Turkey could secure a finals place with a victory, or possibly a draw, but only if Iceland slip up at home to rank outsiders Andorra.

Security at the Stade de France is notoriously tight, and the ground was targeted by three suicide bombers on the night of the November 2015 terror attacks across the French capital.

The government has qualified the event as high risk and ordered the police to ramp up security measures ahead of and following the game.

The series of terror attacks on Paris almost four years ago killed 130 people but security prevented a suicide bomber from entering the Stade de France during a game against Germany, which was being watched by then-French President Francois Hollande.

The bomber and two other assailants detonated their bombs outside the stadium, killing themselves and one bystander.

Kompany turns down offer to be Guardiola’s assistant