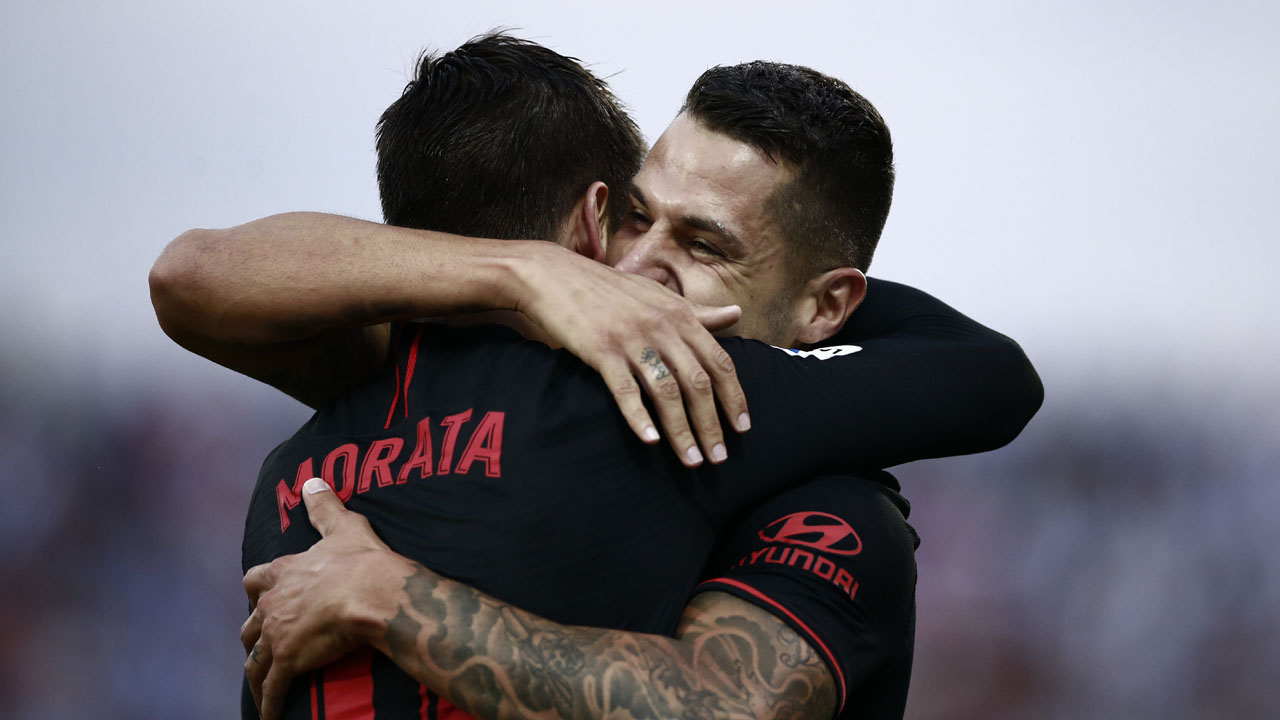 Atletico Madrid made it two wins out of two as Vitolo scored in the second half to secure a hard-fought 1-0 La Liga victory at Leganes on Sunday.

New signing Joao Felix created the goal, picking up the ball on the right-hand side.

He drove at the Leganes backline before feeding Vitolo, who produced a composed 71st minute left-footed finish to put Diego Simeone’s side ahead.

After a first half largely devoid of goalscoring opportunities, both sides traded efforts after the break.

Saul Niguez hit the post for Atletico, while Leganes midfielder Jonathan Silva struck the crossbar with a free-kick.

Atletico goalkeeper Jan Oblak then produced a fine stop from Javi Eraso minutes before his side opened the scoring.

“I’m very pleased to get the win at a tough ground to play at and against a side who make life difficult for you,” Simeone told a news conference.

“We showed our intent in the first 20 minutes and I think we dominated the game. Then they improved and the match became a bit more diluted.”

Alvaro Morata wasted a glorious opening in the dying minutes that would have ensured a less nervy finish for the visitors.

But the capital city side remain just one of two sides, along with Sevilla, with a 100 percent league record this season.

“We needed to win and for that we tried many things over the 90 minutes and changed the system.

“We wanted to improve as the game went on. We won and all good,” Simeone added.

“Leganes are a side who irritate you. There’s no space, and they make the game comfortable for themselves.

“Yet, fortunately, we were able to change the dynamic of the game with our change of system.”

Having started the first two games of the season on the bench, goalscorer Vitolo will be hopeful of a start next time out as Atletico host Eibar on Sunday.

Simeone, though, sounded a warning to all of his top players, adding: “Players don’t start just because they do or don’t score.

“They start because of consistency, hard work and dedication.”

Every goal for united will be dedicated to my late sister, Ighalo vows

How Presidential Amnesty Coordinator, Charles Dokubo, Was Sacked While In London