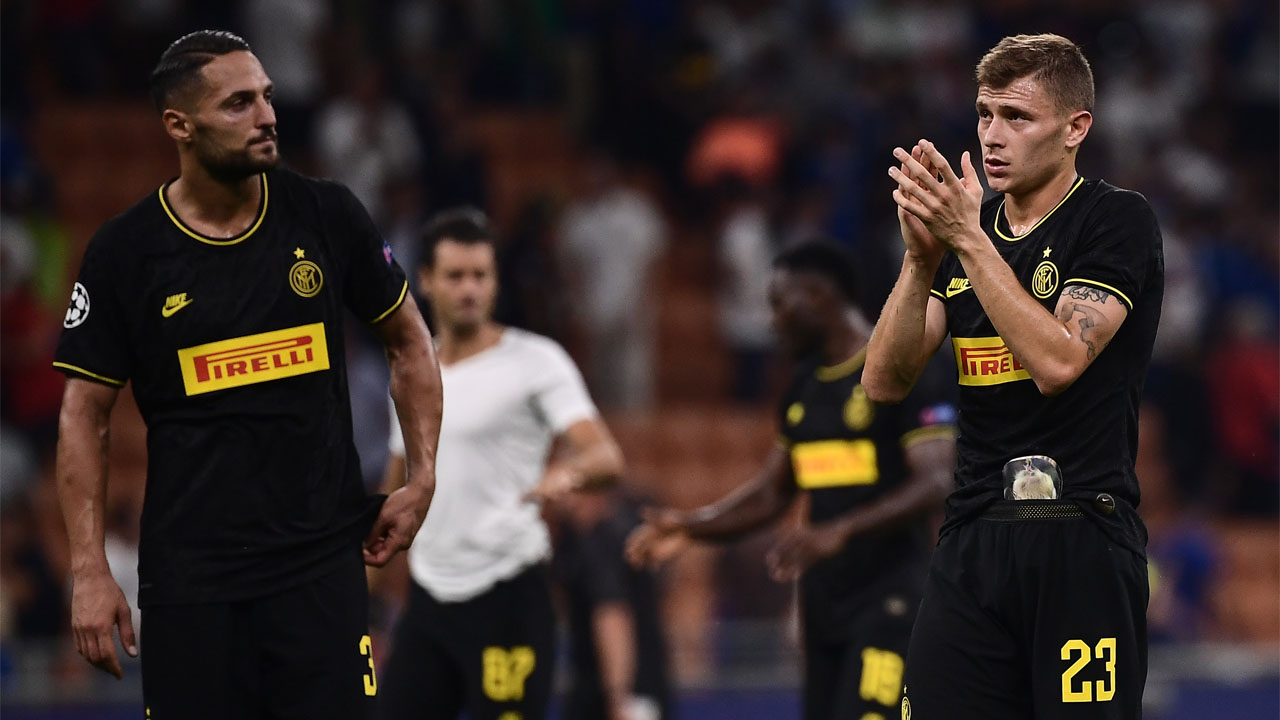 Inter Milan coach Antonio Conte insisted he was to blame for misjudging opponents Slavia Prague after the Chinese-owned club rescued a disappointing 1-1 draw in their Champions League opener against the Czech outsiders on Tuesday.

“Slavia Prague attacked us with intensity and showed a ruthless streak,” said Conte.

“We didn’t do well in terms of finding the right solutions and struggled too much.”

It was a draw that had the taste of defeat as the Italian team left the pitch heads bowed.

“A point or zero, today is the same thing, my feeling must be the feeling of the players,” said Conte.

“There must be no player who goes home happy. You have to go home pissed off, thinking about what to do to avoid this kind of performance.”

Slavia Prague are top of Group F ahead of Inter followed by heavyweights Barcelona and Borussia Dortmund who settled for a goalless drew in Germany.

“This isn’t the kind of football we want to play and why we train,” continued Conte.

“I’m the one who’s primarily responsible, for selections made and obviously I didn’t make the lads understand what I wanted from them well enough.”

Olayinka, who has previously played in Albania and Belgium, pounced after Inter goalkeeper Samir Handanovic had saved from Jaroslav Zeleny.

However, Inter equalised when a Stefano Sensi free-kick rattled off the bar and the ball came out to Barella, whose shot found the net with the aid of a deflection.

Slavia goalkeeper Ondrej Kolar then made a fine reaction save from a Romelu Lukaku header in the 97th minute, and a draw was the least the visitors deserved.

Slavia are among the longest shots with bookmakers to win the Champions League in their first appearance in the group stage since 2007-08.

Inter came into their Champions League campaign with optimism after winning their opening three games of the season in Serie A under new coach Conte and but are already at risk of exiting in the group stage for the second season running.

“I’m not going to talk about individuals because the whole team was under par today,” said Conte.

“They (Slavia) played in a European manner, believing and executing the game at high intensity.

“They tried to bring a high pace, a huge pressing, while we were not good at finding solutions.

“In other matches, we found teams that waited for us in their half, while they attacked us and we had to find different solutions.”

The Chief of Naval Staff, Vice Admiral Ibok-Ete Ibas, has approved new appointments of some senior officers in the Nigerian Navy.