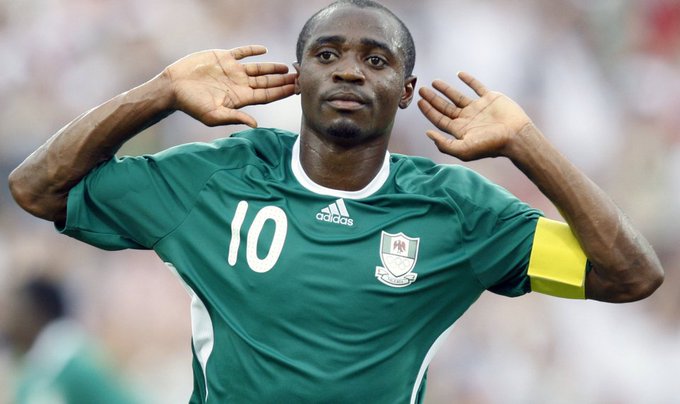 Former captain of the Nigeria U20 and U23 national teams, Isaac Promise was announced dead by his American club, Austin Bold FC.

The club said the former Genclerbirligi and Trabzonspor striker passed on Wednesday night at the age of 31.

“The greatest loss a team can suffer is not on the scoreboard, it’s the death of a fellow teammate,” Austin Bold chairman Bobby Epstein wrote.

His former teams, Georgia Revolution and Trabzonspor have offered their condolences to the family of Promise.

It’s with a heavy heart that we share the sad news of the passing of former Revs star player Isaac Promise who went on to meet the Lord on Wednesday night at the young age of 31. He was a great player, devout Christian and amazing person. Please keep his family in your prayers. pic.twitter.com/pkpA9Fatre

We are extremely saddened to hear that our former footballer Isaac Promise playing for us in the 2008-09 season has passed away. We extend our most sincere condolences to his family and friends.#IsaacPromise pic.twitter.com/Gt3X0wRCr8

We are sad to hear of the sudden demise of former @NGSuperEagles forward, Isaac Promise. Promise was captain of the Beijing Olympics’ Eagles squad that won silver. Our thoughts and prayers are with his family at this time. May his soul Rest In Peace, Amen. pic.twitter.com/R7o5rLVdTr

The 31-year-old striker played three games for the Super Eagles; he scored a goal during in his international career.