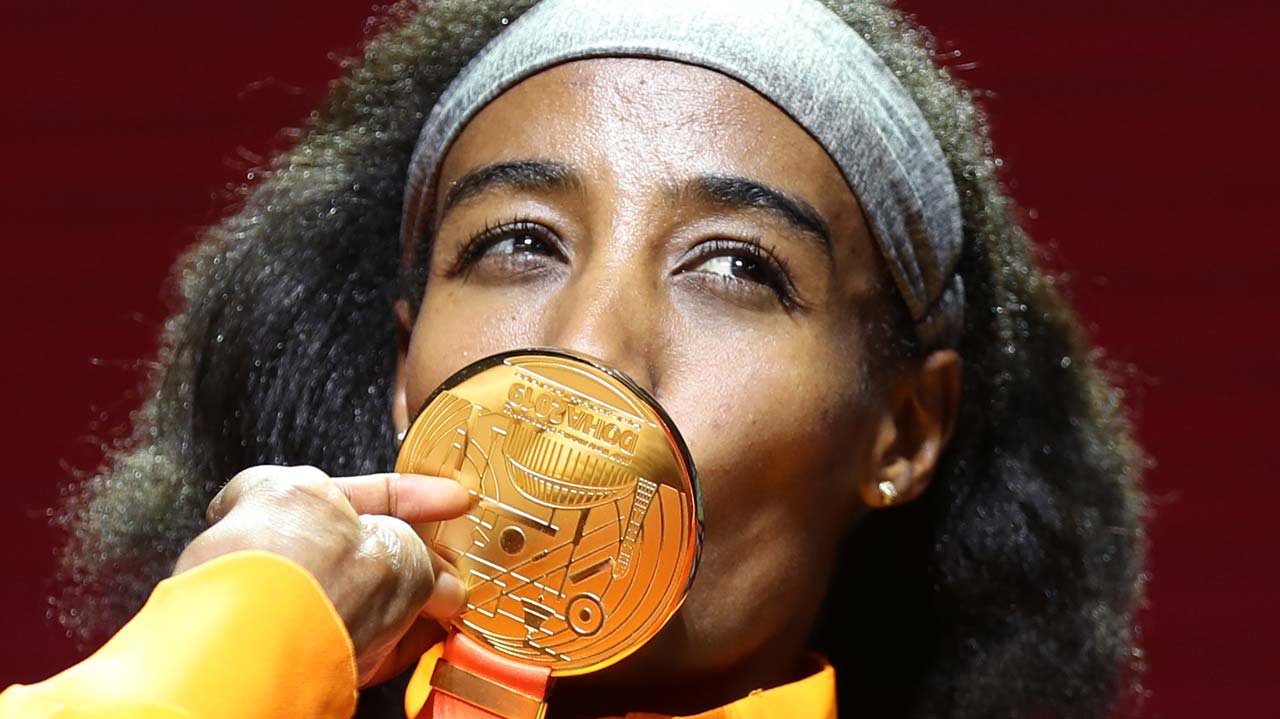 Sifan Hassan surged to her second gold medal of the World Championships with victory in the 1,500 metres yesterday, shrugging off the doping controversy that had embroiled her banned coach, Alberto Salazar.

It was Hassan’s second gold medal of the championships following her win in the 10 000 metres, making her the first woman to successfully win in the two events.

After taking her time at the back of the pack, Hassan hit the front towards the end of the first lap and was in control at the Khalifa Stadium.

Britain’s Laura Muir was on her shoulder at the bell but Hassan turned on the speed with around 250m to go to put clear daylight between her and the rest of the field, finishing around 20 metres ahead of Kipyegon.

It was an emphatic win for Hassan, the fastest woman over 1 500m this season who also set a world record for the mile in Monaco in July.

Hassan had startled many at the start of the championships after her win in the 10,000m, showing a devastating turn of speed over the closing laps to take gold.