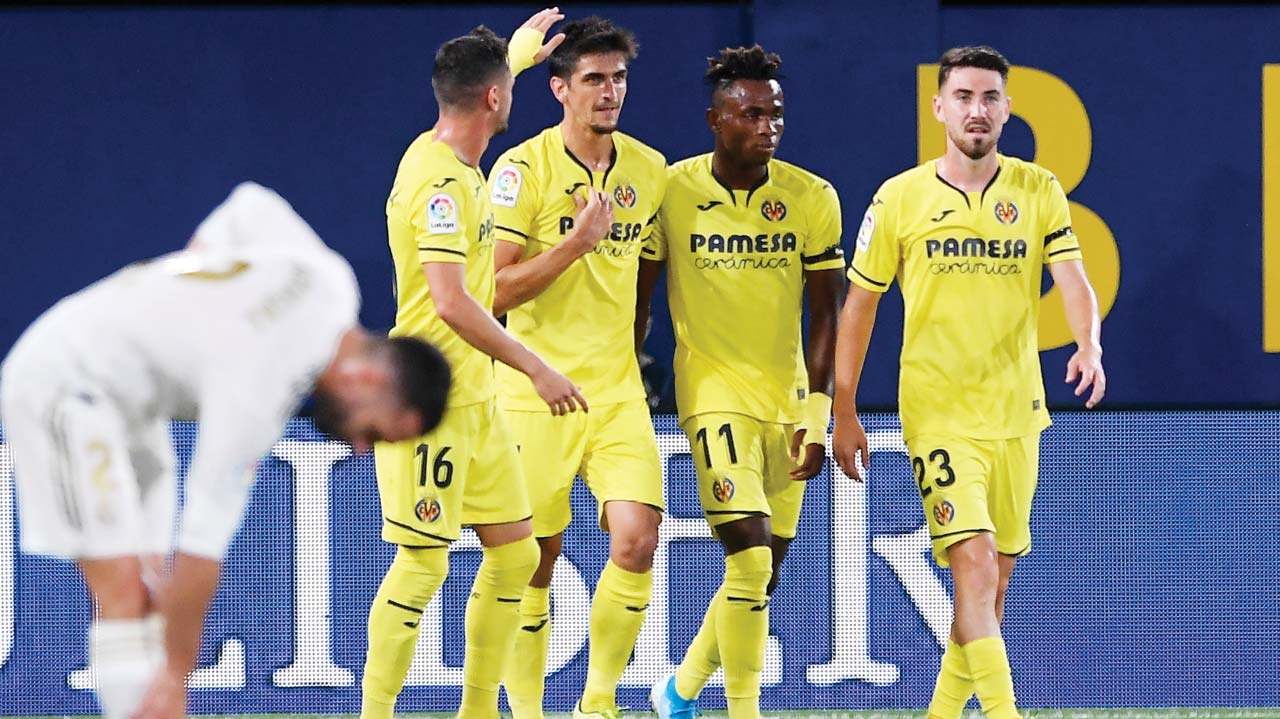 • European kings honoured in FIFPro World XI shortlist
Liverpool are making plans to push through an impressive double January coup, while Juventus are watching a Manchester United trio with a view to a summer 2020 triple swoop, according to yesterday’s European papers.

The 20-year-old enjoyed an outstanding breakthrough campaign last season, where his form brought him to the attention of some of European football’s giants and also saw him make his international debut for Nigeria.

The likes of Arsenal, PSG and Real Madrid have all been mentioned as possible suitors, but according to Goal, it is Liverpool who are most watching the youngster closely.

As per the report, scouts from the European champions have been regular visitors to the Estadio de la Cerámica and it’s believed Liverpool could make a move as early as January for a player already thought to be high up on Jurgen Klopp’s wish-list.

Liverpool already have Senegalese star Sadio Mane and Egyptian king Mohamed Salah on their books and the capture of Chukwueze could give them an all-out African attack.

The Nigerian is currently rated in the €40m bracket, but with his value likely to soar, Liverpool know they may have to strike sooner rather than later, or run the risk of seeing his price rise dramatically.

Every year since 2005, one goalkeeper, four defenders, three midfielders and three forwards have been honored in the World XI, organized by FIFPro — the International Federation of Professional Footballers. This year, England-based players are back on top.

The seven Reds join eight players from Manchester City, three from Tottenham Hotspur and two each from Manchester United and Chelsea as the Premier League edges out the Spanish Liga 21-20 as the best represented league on the list. This is the first time since 2009 that the English league has contributed the most players.

Tottenham Hotspur, defeated 2-0 by Liverpool in last season’s Champions League final, is represented by Harry Kane, Christian Eriksen — the first Dane on the list — and Son Heung-Min, who is the first player from Asia to make the 55.

Spain’s nine-year reign as the highest contributor to the list may have ended, with 20 players included, but Real Madrid and Barcelona continue to dominate when it comes to individual clubs.

Barca has nine players shortlisted with representatives in all positions. If you include two of its recent recruits in Frenkie de Jong and Antoine Griezmann, who joined from Ajax Amsterdam and Atletico Madrid respectively, the Spanish giant could field a complete team.

Real has fallen short of its fierce rivals with eight players on the list. Sergio Ramos, Karim Benzema and Luka Modric have all been recognised, as has Eden Hazard, who joined from Chelsea over the summer for a reported fee of $113 million.

Juventus goal machine Cristiano Ronaldo’s name is once again included, making him the only player voted on all 15 World 11 shortlists. The Italian champion has four other players — all defenders — including Giorgio Chiellini, who recently sustained an ACL injury which could rule him out of action for six months.

Brazil is the most represented nation with 10 players. France is next best with seven while Spain has three.