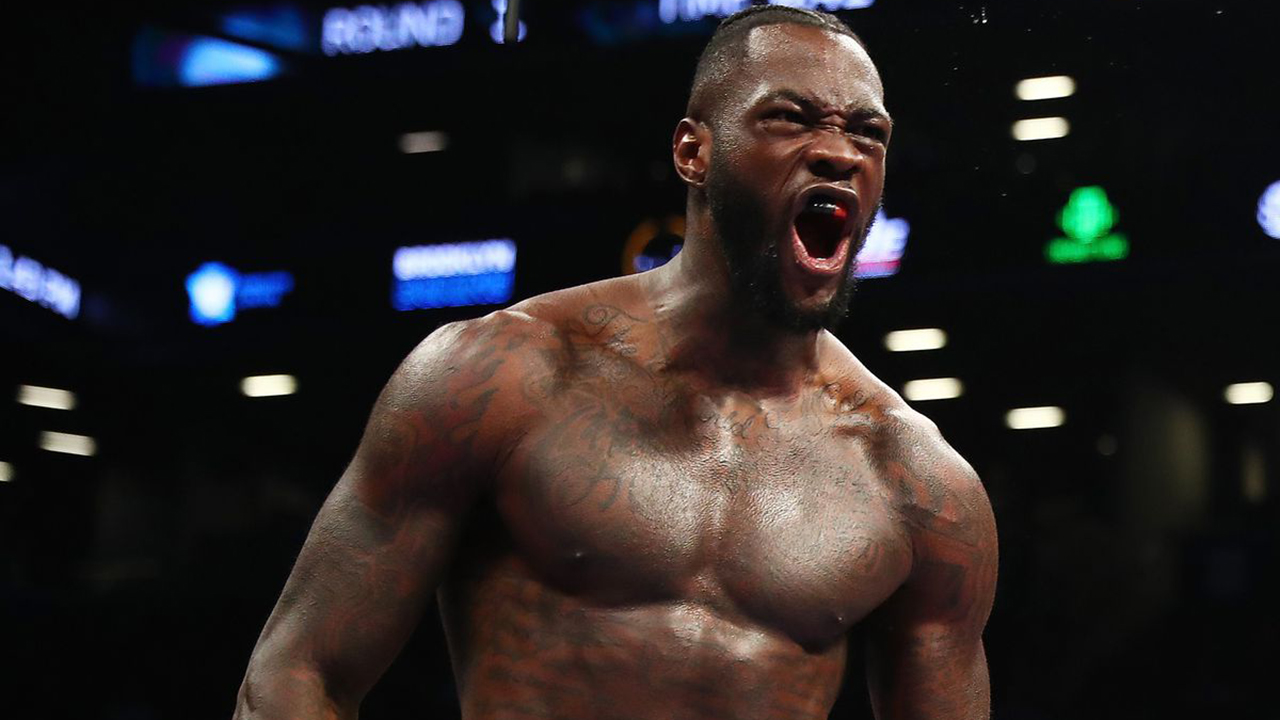 Deontay Wilder believes British heavyweight Tyson Fury is avoiding a rematch with him after being concussed in their first bruising encounter in Los Angeles last year.

Speaking to journalists on a conference call Thursday ahead of his May 18 title defense against Dominic Breazeale in New York, Wilder insisted he would have been happy to fight Fury again after last December’s draw at the Staples Center.

Hopes of a rematch effectively ended when Fury signed a multi-fight deal with US broadcaster ESPN, complicating negotiations for a possible return against unbeaten World Boxing Council champion Wilder.

Fury’s first fight since his battle with Wilder will instead be against lightly regarded German heavyweight Tom Schwarz in Las Vegas on June 15.

Wilder said while a rematch with Fury would happen eventually, he believes the self-styled “Gypsy King” is ducking him.

“Fury knows his real reason for not fighting me,” Wilder said. “That’s why he signed the contract with ESPN. He didn’t want that fight.”

Fury was leading on the scorecards before being knocked to the canvas by Wilder in the 12th round of their Los Angeles bout. That knockdown effectively saved Wilder from defeat as he escaped with a draw.

But Wilder said Fury would have taken him on again immediately if he believed he could win the rematch.

“I whooped Fury, I was the aggressor,” Wilder said. “The highlight of the first fight was me knocking Fury down. Tyson don’t want me; he knows I gave him a concussion. I understand why he made the decision he did.

“I hurt Tyson Fury very badly. I gave him a concussion. This man had memory loss. And that’s not healthy. So if he needs a warm-up or a tune-up to get some of his marbles back, go do it. Take as many warm-ups as you need.

“He says he’s got three more fights. And those fights will lead up to me. And this time I’m going to finish it. So go get healthy. Because I want the best Tyson Fury when the time comes.”

While Wilder’s epic battle with Fury had reignited interest in the heavyweight division, fans have grown frustrated by the failure of the three top protagonists — Wilder, Fury and Anthony Joshua — to fight this year.

Wilder, however, called for fans to be patient.

“The excitement is back in the heavyweight division,” he said. “The fire is lit. I ask people to be patient. It will all work together and get the main fight you want to see. Everyone’s still in the discussion.

“The fans of boxing, I say, I the big fights will happen.”

Wilder, meanwhile, said he was looking forward to equalling the likes of heavyweight greats Mike Tyson, Muhammad Ali and Lennox Lewis by making a ninth consecutive defense of his title.

“It means a lot to me,” Wilder said. “It means a great deal. It’s a great accomplishment and it means I’ve proved people wrong. But I’m going to continue to go further. I’ve still got a long way to go do what I want to do in this sport.”