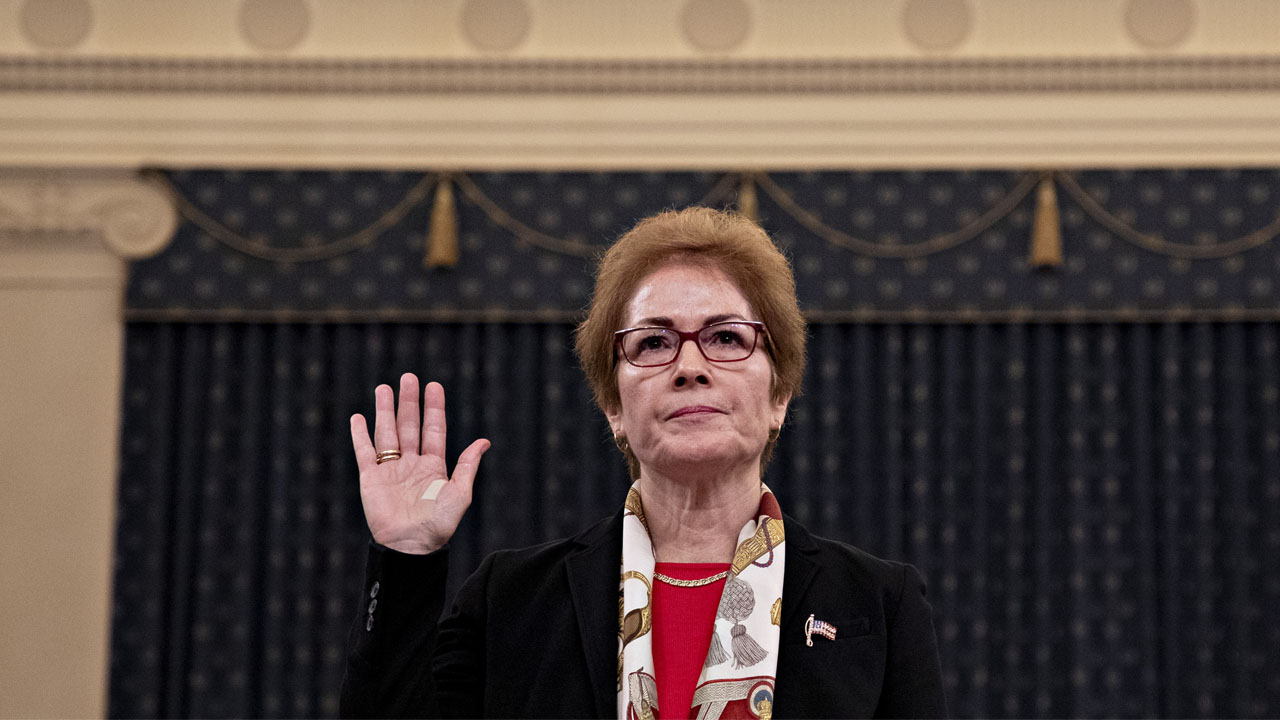 An ousted US envoy to Ukraine who said she felt threatened by Donald Trump testified Friday on Day Two of impeachment hearings looking into whether the president abused his office for personal political gain.

Yovanovitch, a highly regarded career diplomat who was pulled from her post in May, will now tell her side of the story in an open, nationally televised setting, as Democratic lawmakers sharpen their case against the president.

“Ambassador Yovanovitch was serving our nation’s interest in fighting corruption in Ukraine,” House Intelligence Committee Chairman Adam Schiff, who is overseeing the impeachment probe, said in his opening statement.

“But she was considered an obstacle to the furtherance of the president’s personal and political agenda. For that, she was smeared and cast aside.”

Devin Nunes, the top Republican on the panel, hit back by dismissing what he called “Watergate fantasies.”

“The Democrats have convened us once again to advance their operation to topple a duly elected president.”

House Speaker Nancy Pelosi Thursday accused Trump of “bribery” for freezing US military aid to Ukraine in an effort to get the country to launch political investigations against his potential 2020 election rival Biden, and his son Hunter.

“The devastating testimony” from the first public impeachment hearing this week “corroborated evidence of bribery uncovered in the inquiry,” the top congressional Democrat said.

The investigation threatens to make Trump the third US president to be impeached, after Andrew Johnson in 1868 and Bill Clinton in 1998, although the Senate — where Republicans enjoy a majority — would need to convict him to remove him from office.

Pelosi’s comments signal her party believes the evidence that emerged is strong enough to back their argument that Trump abused the power of his office.

It also revealed a clear effort to move away from the term “quid pro quo” — the Latin term they had been using to describe the withholding of both aid and a White House meeting until Ukraine announced the political investigations.

Yovanovitch, who had urged Ukraine to do more to fight corruption, said in closed-door testimony last month that she was “shocked” to learn of Giuliani’s secret shadow policy to pressure Ukraine.

She also testified that she was told to “watch my back” after she made clear she would not be a part of the effort, and that a Ukrainian official who had met with Giuliani wanted to “hurt” her.

‘Bad news’
Yovanovitch said she was ousted in May over “false claims” spread by questionable actors allied to Trump.

And she expressed concern about retaliation, especially after learning that Trump, on his July 25 telephone call with his Ukrainian counterpart Volodymyr Zelensky, described her as “bad news” and told Zelensky that Yovanovitch was “going to go through some things.”

It led to Yovanovitch’s ouster “and hampered US efforts to establish a rapport with the new Zelensky administration in Ukraine,” Kent said.

Also testifying Wednesday was William Taylor, the top US envoy to Ukraine, who revealed details of a previously unknown phone call between Trump and another diplomat involved in the irregular Ukraine policy channel.

Taylor said an aide at the embassy in Kiev overheard the call between Trump and US Ambassador to the European Union Gordon Sondland, in which Trump asked about the status of the “investigations.”

That aide, David Holmes, was set to testify behind closed doors later Friday about the contents of the call — of which Trump says he has no recollection.

Trump to add a ‘couple of countries’ to US travel ban