Over three dozen killed in monsoon rains in South Asia 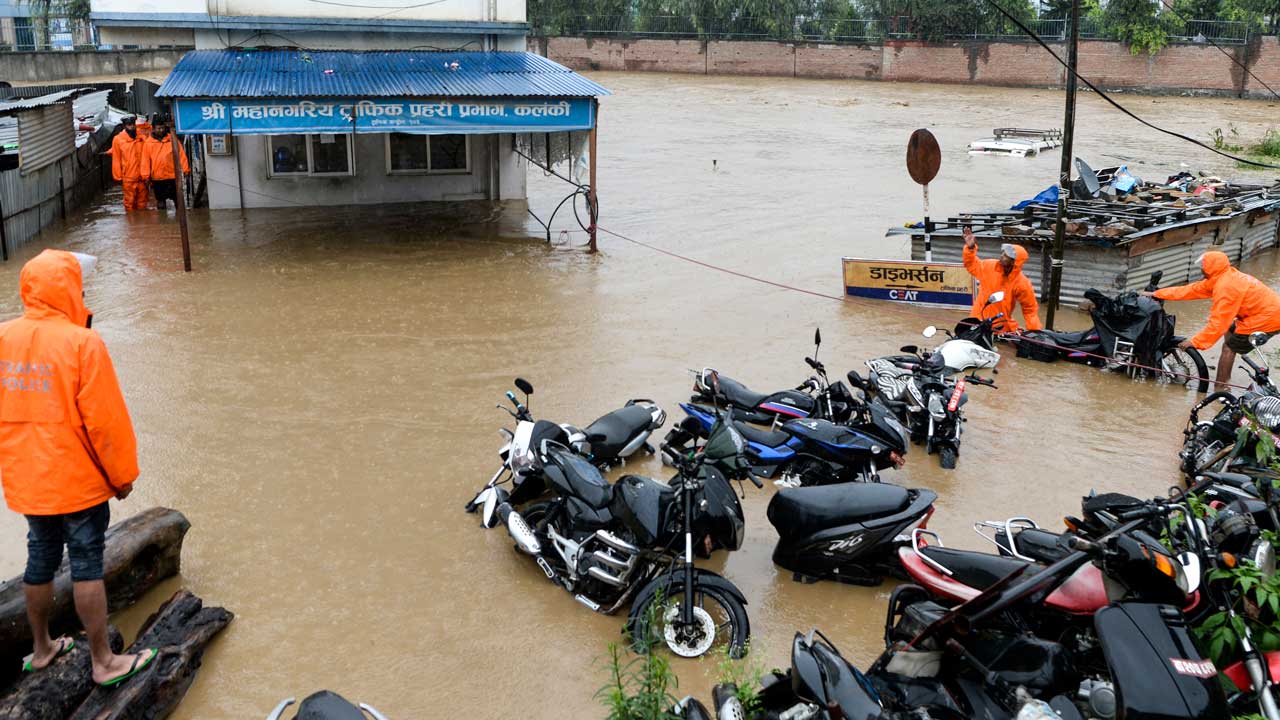 The monsoon, which lasts from June to September, causes widespread death and destruction across South Asia each year.

In Nepal, 27 people have died in floods and landslides after heavy rains hit the country’s eastern region and the southern plains.

Bishwaraj Pokharel, the spokesperson for Nepal Police, added that another 11 people were injured and 15 others reported missing.

Three of the victims were killed when a wall collapsed in the capital Kathmandu.

“Our first priority is life-saving rescue and all our resources have been deployed,” Home Ministry official Umakanta Adhikari told AFP.

Police used boats to bring people to safety as rivers swelled, inundating their settlements, while parents were seen wading across chest-high waters carrying children on their shoulders.

Nepal’s weather department issued a high alert for the southern Sapta Koshi river on Saturday and sent SMS warnings to people in the area.

In neighboring India 11 deaths have been recorded in the northeastern states of Assam and Arunachal Pradesh, officials said Friday.

In Bangladesh, aid groups were providing rations to Rohingya refugees in the southeast of the country with the UN World Food Programme saying Friday that two people including a child had died.

Last year, more than 1,200 people were been killed across South Asia in monsoon storms with India’s Kerala suffering its worst floods in nearly 100 years.

Portuguese hacker says he is behind Angola corruption leaks

Trump to add a ‘couple of countries’ to US travel ban

Following his victory in the House of Representatives rerun election in Tudun Wada/Doguwa federal constituency of Kano State, Alhassan Ado-Doguwa...