RRS has arrested a 19-year-old National Diploma holder of Yaba Tech, Lagos as the brain behind the blackmail of Queen Salawa Abeni with nude photographs. 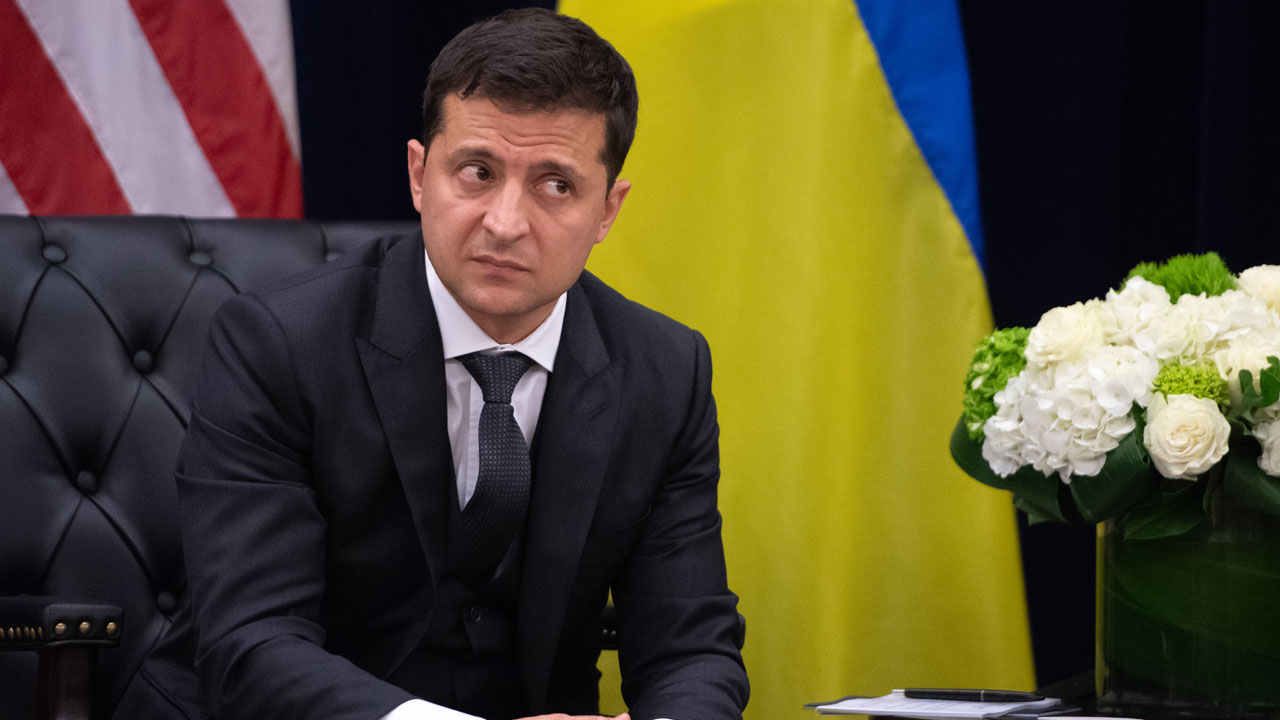 Ukraine President Volodymyr Zelensky was told he should open an investigation sought by Donald Trump if he wanted an invitation to visit Washington, according to text messages published Thursday.

Trump is accused of pressuring Zelensky to investigate his potential 2020 election rival Joe Biden in return for $400 million in military aid, a scandal that has prompted an impeachment probe into the American president.

The messages, released by House Democrats, show former US special envoy to Ukraine Kurt Volker writing to top Zelensky aide Andrey Yermak, promising the new Ukrainian leader a trip to Washington in exchange for the investigation.

“Heard from White House — assuming President Z convinces trump he will investigate / ‘get to the bottom of what happened’ in 2016, we will nail down a date for visit to Washington. Good luck!” Volker wrote in the July 25 message.

Trump has been accused of pressuring Zelensky to open a corruption investigation against Biden in a phone call later that same day by making military aid to Ukraine contingent on that favour.

Days before the two leaders spoke, Volker wrote in a text message to Gordon Sondland, the US ambassador to the European Union, that it was most important for “Zelensky to say that he will help (the) investigation.”

The release of the text messages came the same day Volker spoke for more than eight hours to House lawyers, in an interview centered on his role in alleged efforts by Trump and his personal lawyer Rudy Giuliani to solicit foreign interference in the next US election.

A whistleblower, so far only identified as a US intelligence officer, went to the authorities with concerns about the phone call between Trump and Zelensky, triggering the impeachment inquiry.

“Engaging in these stunning abuses in broad daylight does not absolve President Trump of his wrongdoings — or his grave offences against the Constitution,” said the chairs of three House committees, who received Volker’s testimony, in a joint statement.

On Thursday, Trump publicly called for both China and Ukraine to open investigations into Biden and his son, Hunter Biden.

At least 15 people were killed following an attack on a convoy transporting traders in a town in northern Burkina Faso on Friday, the government said on Saturday.

Calida: ‘I am not at loggerheads with Congress’ over ABS-CBN shutdown