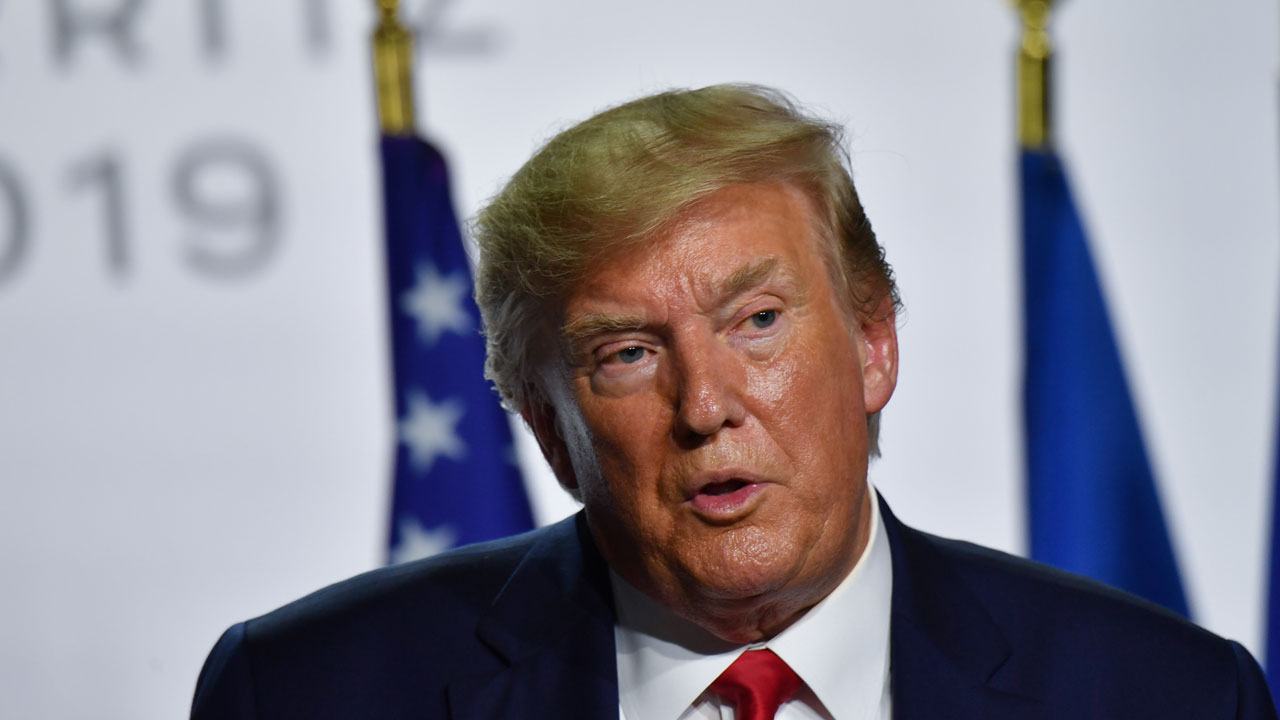 US President Donald Trump on Thursday brushed off North Korea’s test of a sea-launched ballistic missile, saying that planned nuclear talks with Pyongyang will go ahead.

“They want to talk and we’ll be talking to them,” Trump told reporters at the White House in his first public reaction to North Korea’s claim to have entered a “new phase” with the test of a submarine-launched missile.

“We’ll see,” Trump added, when asked if the test had gone too far for him. The launch was by far the most significant since Pyongyang first began a dialogue with Washington in 2018 over pressure to give up its nuclear weapons.

Analysts said the new capability, if confirmed, marks a significant step in boosting that program.

“We assess that it was a short- to medium-range ballistic missile. And I would say that we have no indication that it was launched from a submarine but rather a sea-based platform,” a US military spokesman, Colonel Pat Ryder, told reporters.

Trump has said he sees no problem with a string of short range rocket tests conducted previously by North Korea, while insisting his personal ties with the North’s leader Kim Jong Un remain good.

But a proven submarine-based missile capability would take the North’s arsenal to a new level, allowing deployment far beyond the Korean peninsula and a second-strike capability in the event of an attack on its military bases.

The launch came with working-level talks between Pyongyang and Washington slated to resume later this week.

A team of North Korean negotiators flew into Stockholm Thursday ahead of the talks.

Fired from underwater
The United Nations Security Council is expected to hold closed-door talks early next week on the latest test, diplomats said.

The talks were requested by Britain, France and Germany, as the European powers push for the world body to keep up pressure on Pyongyang which is under heavy US and UN sanctions over its weapons program.

Photos carried by Pyongyang’s official Rodong Sinmun newspaper showed a black and white missile emerging from the water and appearing to shoot into the sky.

The images also showed a small towing vessel next to the missile, which analysts said indicates the test was conducted from a submersible barge rather than an actual submarine, and that the system was in its early stages.

“The new-type ballistic missile was fired in vertical mode” in the waters off Wonsan Bay, the Korean Central News Agency (KCNA) reported, identifying the weapon as a Pukguksong-3 and saying it “ushered in a new phase in containing the outside forces’ threat.”

The North carried out a successful test of the solid-fuel Pukguksong-1, also known as KN-11, in August 2016, which flew around 300 miles (482 kilometers).

In July, North Korean state media had published pictures of Kim inspecting a new type of submarine that also showed a poster of the Pukguksong-3 on a wall, fueling concerns Pyongyang was pushing ahead with an SLBM program.

US Secretary of Defense Mark Esper spoke to his Japanese counterpart to discuss the launch, Pentagon spokesman Jonathan Hoffman told a press briefing.

“They both agreed that the North Korea tests are unnecessarily provocative and do not set the stage for diplomacy and that North Korea should cease these tests,” Hoffman said.

North Korea frequently couples diplomatic overtures with military moves as a way of maintaining pressure on negotiating partners, analysts say, and may believe this weapons system gives it added leverage.

Pyongyang tested what it called a “super-large” rocket launcher last month just hours after the North said it was willing to resume working-level talks with Washington.

Kim Dong-yub, a researcher at the Institute for Far Eastern Studies in Seoul, noted Kim’s absence at Wednesday’s launch — a rarity as the North Korean leader has been present at all recent weapons tests.

“It’s likely not unrelated to the talks between Pyongyang and Washington currently under way,” he said, adding that Kim was trying to carry out weapons modernization without jeopardizing dialogue with the US.

Negotiations have been deadlocked since a second summit between Kim and Trump in February ended without a deal.
The two agreed to restart dialogue during an impromptu meeting at the Demilitarized Zone dividing the two Koreas in June, but those talks have yet to materialize.