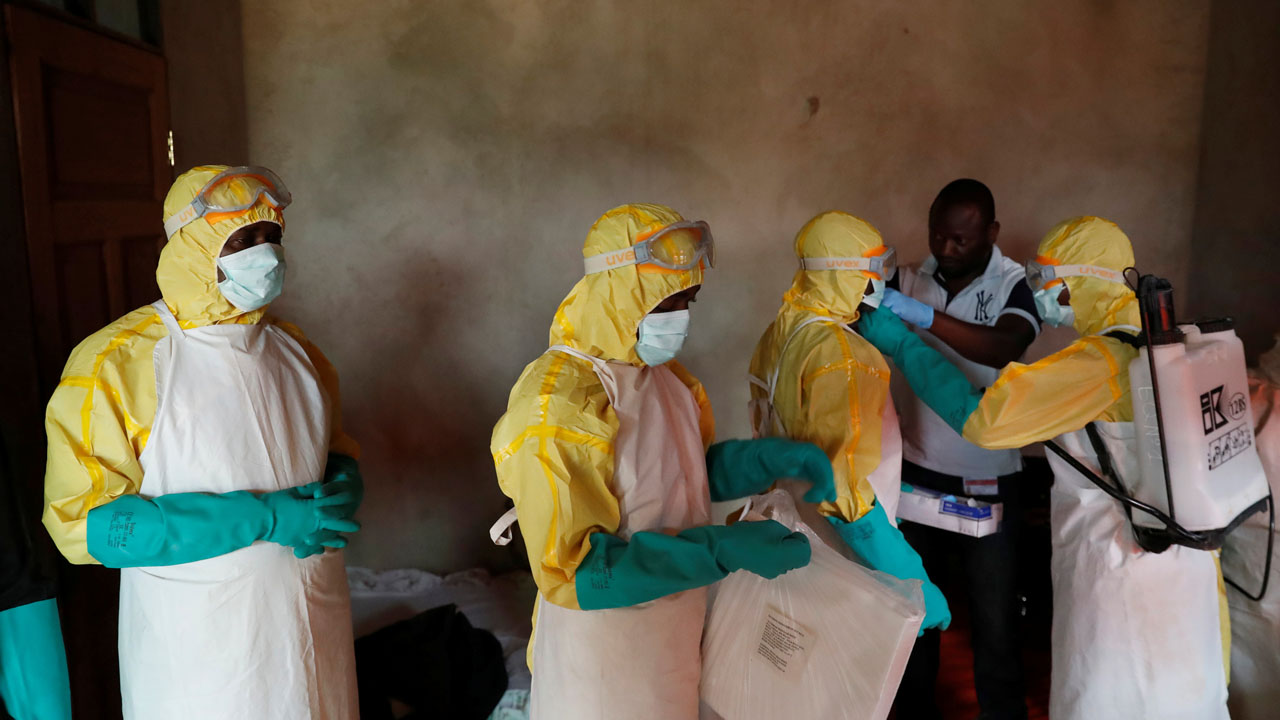 The UN special representative to DR Congo has blasted rumours that the world body was trying to cash in on an Ebola epidemic that has claimed more than 1,000 lives.

Leila Zerrougui, head of the UN mission to the sprawling central African nation, on Friday visited the eastern city of Butembo where she slammed as “sheer madness” local speculation that “there is no illness, that they want to poison us because they are trying to cash in on us.”

UN Secretary-General Antonio Guterres has said additional resources were required to deal with the outbreak in the Democratic Republic of Congo.

Some UN teams helping to fight the second deadliest Ebola outbreak on record after the epidemic that killed 11,300 people in West Africa in 2014-2016 have come under attack and even been killed.

The epidemic has killed so far 1,105 people of 1,649 declared cases since last August in North Kivu province, where Butembo is located, according to latest official data.

“We are here to work with the authorities but we are also here to say to the people that it is really incredible that those who have come to care for you can be attacked,” Zerrougui said in comments reported by UN broadcaster Okapi radio.

Last week, medics said they faced suspicion and hostility in some areas, especially after one of their vehicles was involved in a fatal crash in Butembo, in which a motorbike-taxi rider died.

Resistance to preventive measures
A violent response from the victims’ colleagues led to all shops and commercial activity in the city grinding to a halt.

The Ebola fightback had already been hampered by an uptick in insecurity and attacks on medical teams tackling the haemorrhagic fever amid resistance within some communities to preventative measures, care facilities and safe burials.

DR Congo’s health minister, Oly Ilunga, has warned that each time the teams are prevented doing their job there is a spike in the number of new Ebola cases and deaths.

Last month also saw the killing of a Cameroonian doctor fighting Ebola in an attack on Butembo hospital.

The World Health Organization had initially hoped a new vaccine might help to contain the outbreak.

But in recent weeks senior WHO officials have conceded that insecurity, scarce financial resources and local politicians turning people against health workers had seriously undermined the containment effort.

On Wednesday, attacks by armed assailants left a dozen people dead in Butembo, further undermining the fight against Ebola’s spread.

DR Congo anti-Ebola coordinator Justus Nsio insisted the attacks were the “isolated” work of insurgents and that he did not think “the whole community” was trying to undermine anti-Ebola operations.

Several armed groups are active around Butembo and nearby Beni.

On Thursday, the WHO said the outbreak response “continues to be hampered by insecurity,” citing a May 3 attack on a burial team in Katwa and then and then the Butembo incidents over the following days.

China warns US of countermeasures over Hong Kong trading threats

Lesotho's Prime Minister Thomas Thabane bowed to pressure to resign on Tuesday, three months after police named him and his current wife as suspects in the

Trump to Republican governor: ‘too soon’ to reopen