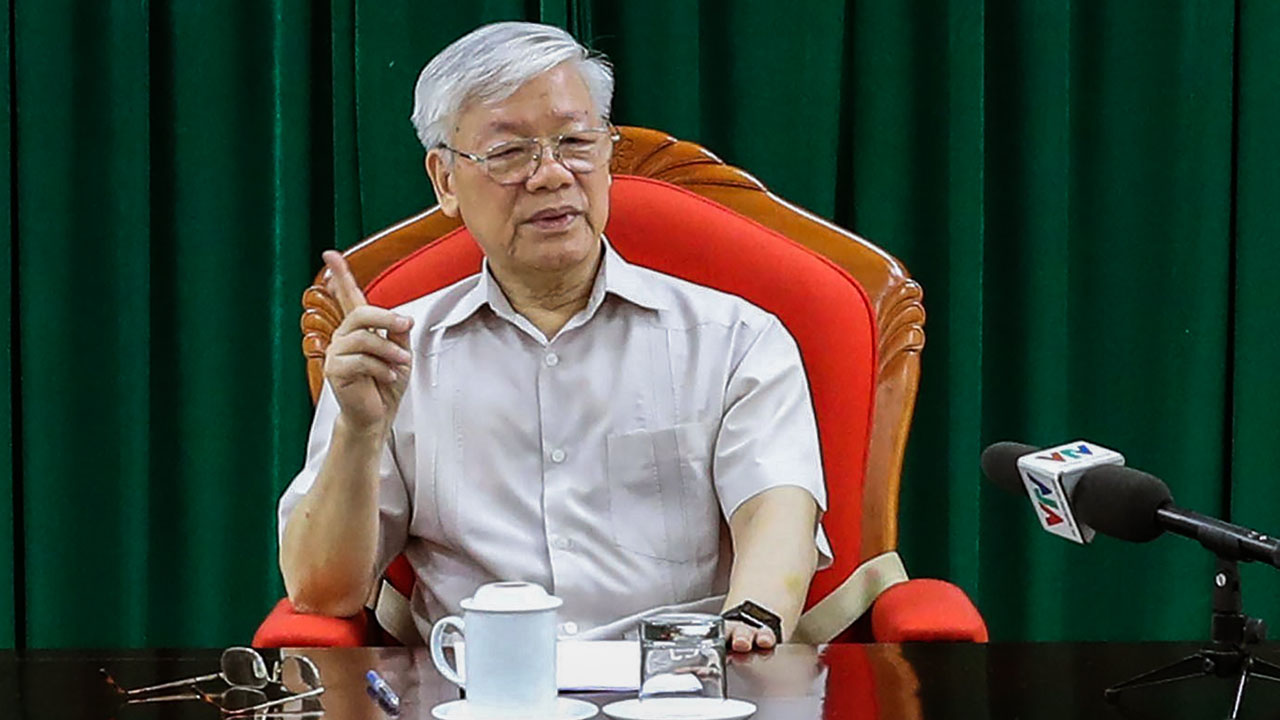 Vietnam’s president has appeared in public after a month-long absence for health reasons that prompted speculation about succession plans in the communist country, with no clear replacement lined up.

Nguyen Phu Trong, who is also the head of the communist party, was last seen in public on his 75th birthday on April 14 meeting with officials and shrimp farmers in southern Kien Giang province.

Rumours quickly swirled that he had fallen gravely ill, and the government confirmed 11 days later he was not well but would return to work “soon”.

He appeared in public on Tuesday alongside senior party leaders in Hanoi, according to the official Vietnam News Agency, which also ran pictures of the white-haired leader in a collared t-shirt.

VNA said he chaired a meeting and “stressed… the need to continue the fight against corruption”.

Trong has forged a reputation as a no-nonsense leader by waging an anti-corruption campaign in the one-party state that has seen dozens jailed, including top executives and officials otherwise thought to be untouchable.

His tenure has also coincided with a crackdown on dissent, and scores of critics have put behind bars since he rose to power, many for posting anti-state content online.

Amnesty International said this week that there are currently 128 prisoners of conscience in jail in Vietnam today, a 30 percent increase on 2018.

His dual roles as head of state and party leader make him the most powerful man in Vietnam — and the first to hold both positions since revolutionary leader Ho Chi Minh in the 1960s.

Trong’s sudden absence promoted an outpouring of speculation about who might succeed him if he was no longer able to serve, with no obvious successor primed to take over.

But observers noted that his absence would not create any dramatic political shockwaves in the country where the communist party rules with a firm hand.

“The party’s leadership itself will not be in question, but rather the orientation of that leadership going forward,” Vietnam expert Jonathan London told AFP last month.

The communist party’s central committee is set to hold a regular meeting later this week, which Trong is expected to chair.

Trump to Republican governor: ‘too soon’ to reopen